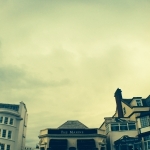 Wow fantastic band very slick and a great set list and sound.these guys are great musicians the rhythm section that drives this band are awesome there tight and have a great understanding between each other top players.it gives a fantastic platform for Jefferson to express his talent on the lead guitar he has avery nice feel and style to his playing very natural and free flowing with some nice subtle touchs.please watch this Band.cheers guys Darrin.

Great review thanks Darrin much appreciated :) 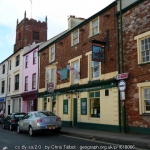 It's been a long time ! The Coach House, Paignton on Friday 1 September 2017

Due to geographic restrictions it's been a few years since having the pleasure of seeing these guys. Even with the time gap they are as good, even if not better than the last time, from classic rock tracks from Cream to being transported to the Deep South with some BB King Blues to finally enjoying a personal favourite, Voodoo Chile. Three talented guys together providing a great night. See you again soon hopefully not as long as the last time. Tim and Pauline, won't ask you to move your gear off table next time !!!

Thanks guys, really appreciated that you took the time to write us a review :) 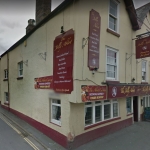 What sets this band apart from others is that all three members are truly exceptional musicians! With a lead guitarist, who has all the skills and all the feel of Jimi Hendrix, Jimmy Page, Stevie Ray Vaughan, Robin Trower, BB King etc. rolled into one (I should think he could play ANYTHING with jaw-dropping ease); a drummer that any professional rock/blues band would be overjoyed to have sitting behind them (this guy has some serious chops - slice of Bonzo anyone?) and last - but certainly not least, a bass player who can REALLY play any groove the ilk of John Paul Jones, Jack Bruce, Noel Redding etc. holding it all together - superlatives fail me!

These guys form a super tight three-piece with an immense sound and put on a smooth, slick show from start to finish. Their entertaining and well thought out set list included some inspired melodies such as Led Zeppelin's "Bring It On" and "Whole Lotta Love" as well as songs from Cream, Free, Rory Gallagher, Thin Lizzie and - unless I'm very much mistaken - there was even a dirtily groovy version of a Stevie Wonder number too: it was all there and more.

My favourites from the gig were a toss up between Jethro Tull's "Aqualung", Led Zeppelin's "The Ocean" and an absolutely beautiful rendition of Jimi Hendrix's "Little Wing" all of which were seamlessly woven together.

Their performance generated a fantastic atmosphere, as is the case every time they play and the place was packed. It doesn't get much better than this.

I love my music: I love REAL music, and most of all I love REAL, LIVE music. If I could afford to travel the 450 mile round trip to see these guys more often, I'd turn up for every gig they played. Simples! Do yourself a huge favour and get your arse to their next gig!

Wow, thanks Paul, that's a very flattering review and very much appreciated, hope to catch up with you next time at the Abbot, cheers matey.

Love the MP3's guys. When you cummin' to San Francisco?

Hi Andrew, Thanks for the applause..you send the tickets dude, we'll be there! Seriously we'd love to come over, maybe one day? Cheers from Steve, Steve and Jez.