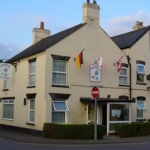 Tight. Rhythmic. Excellent cover duo. Great to hear some classic tracks - think Peter Green, John Martin and Jethro Tull and even Pink Floyd - played with gusto! Don’t miss these guys if you get the chance! Even in the ‘dead’ period between Xmas and the New Year they had the pub rockin !

Why, thank you, Kerry! We had a great night & we're looking forward to seeing you all again in March! 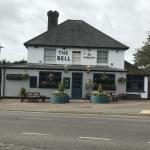 Get these guys booked The Bell, Sandy on Sunday 2 September 2018

We had Bad Bones in on a lovely sunny Sunday afternoon.

We had them play under the eaves in the beer garden.

And what a good choice.

The guys were in fine form and any band that does a Pink Floyd medley can come back to The Bell in Sandy any time :)

Thanks, Garvan, it was a pleasure! 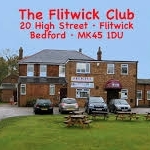 Just like to say a big thank you to you guys from Flitwick Club, we have had great feedback from the members , it makes a change to hear a different variety of music and played without backing tracks, what we see was what we heard, so well done and look forward to another booking soon. cheers from Elaine & co at Flitwick club .

Thanks, Elaine, look forward to hearing from you!

Great gigs guys! I've not heard anyone cover Solid Air, I loved the Pink Floyd in 7 minutes finisher. Glad to hear Stairway too and the Peter Green numbers.

Saturday night was an awesome night. Bad Bones always go down a storm on open mic night, so good we gave them a gig for Saturday night: a first for The Fighting Cocks!

The band arrived bringing with them a good sound system and lighting set up, providing a great (but not over powering) atmosphere. Their set list was spot on, allowing a casual start to the evening before building up to epic songs as the night went on.

A thumping performance of Pink Floyd's "Dark Side of the Moon" left the crowd stunned for a moment before errupting into applause as the band went on to keep their promise to a drunk with a blinding airing of "Stairway to Heaven", which took the roof off!

Too much noise in pub-sized venues can be problematic, but this band controlled their volume levels perfectly and knew how to adjust it as the bar filled with people. By the end of the night, the place was full with people dancing and shouting, "One more! One more!" Fortunately, management agreed and Bad Bones treated us to some great encores.

Everybody had a great night and we will be looking to book them again very soon.

Shucks! Thank you so much, the 'Bones had a great night too!