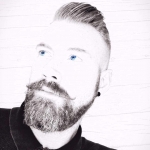 I saw and listened to Ian for the first time today [10th Dec 2019] at Exmouth football club. AJ (Aj’s Taxis) booked him for his Xmas party for some elderly clients, as he does every year. Thank you AJ I know how how much your customers appreciate your parties.

What a treat! Although I am not quite a pensioner yet (I am my 91 yr old friends carer) he sang classic songs for all ages. I challenge you not to sing along, its impossible! He has an amazing vocal range!! I totally recommend booking him for any celebration/entertainment gatherings you may have. You won’t be disappointed! Great sense of humour too. Thank you Ian for a great afternoons entertainment. Regards Sandra Rose and Theresa Cryer. 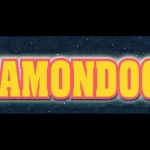 Have seen this group many many times they are just brilliant , love all their music (especially little willy ) and cant wait to see them again tonight at the bank Exmouth.

All the glitz and glamour from the 80"s so what's not to love and also Steve makes every song sound like the original , great to sing along to and dance the night away. x 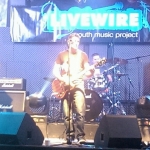 Did the last reviewer see the band or was this another Russian attempt to influence our media that failed in translation? Only the sloppy english grammar gave it away!. I have seen the Barracudas three times and paid them less than they deserved, but as much as we could afford for the second gig, which was a family birthday party. On the last occasion they were as fantastic playing to a half empty pub and the enthusiastic bar-staff as they were when they filled the dancefloor with a hundred people at the party. They play authentic covers of rock classics. The musicianship is first class (I have played guitar for over 40 years and can tell you that whilst some of the guitar solos are note for note - quite a few improve on the originals!). If the person below has not heard of the original songs, it is because they were either stoned and they missed them or they were in a coma for three decades. The Pink Floyd Dark Side of the Moon medley is a particular favourite - but hey not many people bought that album did they?. I admit the onstage banter is an acquired taste and their drummer probably agrees as he is on the sharp end of a lot of it, but then you can't have everything ....but in the case of the Barracuda's you generally do! Go and see them and make up your own minds and don't listen to people who rarely get out of the house and who wouldn't know one end of a Gibson Les Paul from another - left or right handed.

Thanks Steve, we really enjoyed today! I'm not sure the last reviewer was Russian though . I suspect that it was the woman who asked us to play Sex On Fire. :-) 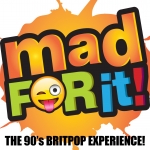 Adam ants birthday. Mad For It on Sunday 3 December 2017

Excellent afternoon for my birthday one of the best band's you can see thanks again Chris Stuart adi Sahara Gerry Martin lots of love Adam ant.xxx

Great to see you Paul (sorry, “Adam”)! What a top afternoon!

Jamming ‘Kings Of The Wild Frontier’ was an absolute hoot! And what with our improvised rendition of the Spice Girls’ ‘Wannabe’ and the audience participation in ‘Sit Down’, a splendid time was had by all! 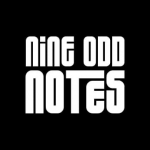