Exceptional talented duo, great range of music and sound. BeatRoot entertained the young and old with their great variety. Big thanks for an excellent night! They're coming back in 2013 by our customers demand..... 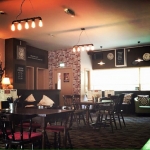 Had a good night dancing at the Peartree really enjoyed listening to beatroot. Loved every song & will look forward to their next gig. Jenny.

Watched beatroot for the first time last night at the Peartree..had a fantastic and fun filled evening. They sounded great and played something for everyone. I loved every song & will be back to see them again. Steve Cockrall

You make a perfect duo with your fantastic performance. We really enjoyed watching you two rock and danced the whole night. Look forward to attending your future gigs.

The band is very versatile, polished and really rocking. Me and my wife look forward to another electrifying performance. Kudos and long live the band.