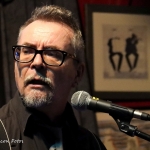 New Wave, Punk and a few post punk classics thrown in for good measure and to keep everyone happy! Radio Generation manage to put their own twist on some memorable classics. XTCs 'making plans for Nigel' and The Stooges 'I wanna be your dog' to name but a few are all played with gusto and a strong well rehearsed crisp sound. Great band! Always a cracking night out! - Check them out at a venue near you SOON!!

Why,thank you John, we certainly like to put our own twist on those memorable classics! We love playing at The Belle Vue, always a great audience and vibe.

Thank you for your Kind words, 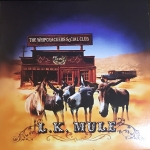 Another great night at The Belle Vue - Pav was on form and the blues and beer flowed! Lots of interest in the new album - "The Whipcrackers Social Club" and to those who wanted a copy, we'll be getting those out to you soon. We look forward to seeing you all next time around.

Feelgood band are, in simple terms, quite amazing. These guys are like a collection of the best musicians linked together to create a musical experience like no other.

Every element plays a significant role, from their set list to radiating with the audience. The first time I booked The Feelgood band to play my pub was bad timing on my part, I was away that weekend and missed the show. Usually I would shrug it off and just get them booked into the next year, but knowing a few of these guys and of their abilities along with the feedback from my punters I just had to dig through the diary and get them back ASAP.

... Which I did. Blown away would be understating what happened on that night. Lemonrock asks to mention a couple of songs, but I can't pin one down. Each and every one followed the last, It's like a fluid performance that holds you and pulls you into a space they create. The rhythm sits there embracing the harmonies like a cradle. They have something so special here, If you have the chance you just have to make the journey to see them for yourselves. If it means driving, not drinking, missing a wedding, whatever...You gotta do it. They will not disappoint.

PS: I never give full marks when rating, but this band are an exception to that rule 10/10

Thank so much for this. We believe the energy in Dr Feelgood's music is infectious, you seem to be another happy victim :-). look forward to seeing you again. 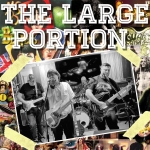 I have just seen the best covers band I have ever seen at the Belle Vue last night, The Large Portion. Not only are they fantastic musicians but have three amazing vocalists who could front any band. I initially went in for a pint but ended up staying all night. Absolutely loved the Tom Petty song. If you only see one band this year go see these guys!

Thanks Mick, We really appreciate your comments.Glad you enjoyed the evening and hope to see you again soon. We are in the process of sorting some more dates in the Belle Vue.

Having just witnessed the debut of the new line-up of The Heist, I'd like to say how refreshing it is to hear a band writing & playing their own material.

On a hot & close afternoon at the Belle Vue 'First Sunday of the month Jam', the whole pub was heaving, as usual, but with a sense of excitement waiting to see what Sandy and the Band had to offer.

We weren't disappointed as they kicked off the set with 'Monkey on my Back' and then slid smoothly into Another blue mood. 'When the blues comes a callin' kept the mood chilled but with some excellent guitar work from both Mark and Maurice highlighting the strong musical ability of this band.

The up-tempo 'Liar' completed the set which finished to a fantastic response from the crowd (of mainly Musos) and got them back to play 'Countdown Carroll' as an encore. Written by Jules, their drummer, and sung by Phil on bass, it encapsulated the clever, humorous aspect of this band. You need to listen to the lyrics to appreciate the extra depth to their songs.

Catch them soon locally before you have to pay to see them at top venues!

Wow, what a great reveiw. Thanks!

Glad you enjoyed it, we really did. The Belle Vue is a great venue for any band to play, Mac and the boys make it a pleasure. The staff also work tirelessly throughout.

We will be playing again locally soon so hope we will see you there.

Write a gig review for The Belle Vue »
Share this page