The Bell, Walton on the Hill [Pub] 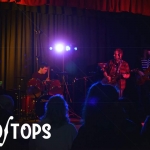 A musicians band The Rooftops Band on Saturday 10 December 2022

I recently had the pleasure of seeing The Rooftops perform at a small pub - and what a performance it was! The tight sound they produced was of a classic rock covers band, but with a modern twist. Their set was filled with classic rock hits that had the whole place singing along. The band were extremely professional and had a great stage presence that really kept the crowd engaged throughout the night. I'd highly recommend The Rooftops to anyone looking for a great night of classic rock covers and an energetic atmosphere.

Christopher Anderson, Wednesday 14 December 2022
The Rooftops Band @ The Bell, Walton on the Hill

An absolute blast! The Rooftops Band on Saturday 10 December 2022

We saw The Rooftops and it was an absolute blast! The band had a great selection of songs, and their energy was infectious. The sound was tight and polished, and their vocals were spot on. The lead singer was especially impressive, and his solos really made the songs come alive. I was on my feet dancing the entire night. The Rooftops are the perfect band for a night of dancing and singing along to classic rock songs. Highly recommended!

The Rebeats @ The Bell, Walton on the Hill 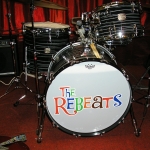 Great set guys ....everyone on top form and the pub was rocking all evening. how the guitarist played as well as that with a heavily bandaged finger on his left hand i don't know. Look forward to seeing you again .

Monday 5 September 2016
Reply from The Rebeats:

Cheers David, your feedback very much appreciated.. all the best, Steve

The Rebeats @ The Bell, Walton on the Hill

Came across this little gem of a pub secluded in the woods at Walton on the Hill and they had a great live band on called The Rebeats. As I walked in the band were playing and the atmosphere was really lively, they played some Rock n Roll to Reggae some Quo (My Favourite) all in all a really entertaining band with banter with the audience and getting the barmaid to singalong and dance round the bar and people were dancing and were thoroughly entertained. Really good musicians and singers obviously very experienced at there trade. I did ask if they had bands at the pub regularly and they said they didn't but they should certainly get The Rebeats back as they know how to entertain.

Well thank you Steve, great you found 'The Bell' also known locally as 'The Rat'. It certainly was a fun time and pleased you liked our renditions.. The band has been going for less than a year but our entertaining formula playing crowd pleasing numbersd seems to be catching on. Hope to see you at another of our gigs.. please do come and say hello to the band. Best regards, Steve

Write a gig review for The Bell »