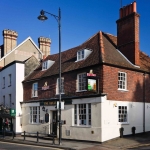 The Boomers played The Bulls Head Pub Dorking on Sunday 7th October. They are an Awesome ROCKTASTIC Band who never fail to deliver!! They played consistently for two sets & everyone thoroughly enjoyed the 2.5 hrs which flew by as everyone was having so much ROCKING GREAT FUN!!! Can't wait for the next Gig From This VERY TALENTED FOUR PIECE BAND!! ????????????????

It was an amazing evening , enjoyed by everyone. 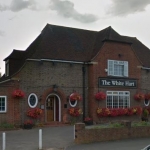 The Boomers landed at the White Hart Farncombe , welcomed by Ali and Debs, Ali helping to unload tbe gear was a very pleasing to see. The White Hart is a large pub and drummer Greg was pleased to be able to get his 2 floor Toms out and channell the full Bonzo setup. The larger room suited the Boomers to a tea allowing them to crank out some rocking favourites. Finishing just past the midnight a great time was had by all. 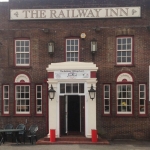 The Boomer’s ventured out for their first full gig at the excellent Railway Inn Billingshurst. Nathan and the team being regular bookers of bands, the expectation was high. The Boomers delivered a full 2hr plus set in 2 halves, treating the crowd to songs from across the Rock, pop and blues spectrum, ranging from Bowie, to White Stripes , Kinks to Kings of Leon and everything in between. Lead vocals provided by the ever excitable Paul backed ably by Brian and Nigel , the emphasis is on fun . All members of the band have significant experience and this shines through. The set has old favorites with some left field numbers. Nigel providing Sax on a few numbers brings a different twist to the usual 2 guitar format.

A great first gig from a fun outfit.