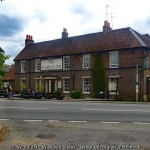 All I can says is fabulous. My wife and I really look forward to seeing Chris perform his varied and interesting act. From Pop to Opera it is really good and something to be seen to be appreciated.

Many thanks and hope to see you again soon!

It's always a delight to see Chris Baker live as it's like watching a one-man variety show: How many performers would dare to tackle pop, rock, country, rock 'n roll, show songs and even some opera during a two-set show?

The Wheatsheaf might not be the biggest pub in Enfield but there is a warm, intimate atmosphere and Chris is good at 'reading' an audience so when Mr Baker proved so popular when he made his debut there six weeks ago, it was inevitable the regulars would want him back!

To the surprise of many Mr Baker kicked off with some heavy rock, a raunchy version of the J J Cale/Eric Clapton bluesy rock number "Cocaine", which he followed with a slice of country in Roger Miller's "King Of The Road" and some pop in a rendering of the late Lou Reed's plaintive "Perfect Day".

As if that wasn't variety enough Chris next moved to opera with a rumbustious interpretation of "La donna è mobile" from Verdi's opera, Rigoletto.

Chris's all-round family show continued with a medley of Jungle Book favourites comprising "The Bare Necessities" and "I Wanna Be LIke You" before moving on to tackle Tom Jones' "What's New Pussycat", Elvis' "Teddy Bear" and two songs by his favourite soul group the Stylistics in "Sing Baby Sing" and "Rock 'N Roll Baby".

What followed next was the highlight of the evening for many in the audience when Chris demonstrated the power and flexibility of his vocal chords through four modern 'show' classics with "Bring Him Home" and "I Dreamed A Dream" - both from Les Miserables; the haunting "Music Of The Night" from Andrew Lloyd Webber's 'The Phantom Of The Opera' and finally Pavarotti's signature tune "Nessun Dorma" providing a blistering end to the first half!

Fans of David Bowie were in for a real treat at the start of part two during which a veritable feast of the Thin White Duke's songs were on offer in the form of "Space Oddity", "Life On Mars" and the 1967 Anthony Newley-inspired novelty number, "The Laughing Gnome", complete with funny voices followed by a surprising turn into a pulsating version of the Charlie Daniels Band's fast-moving country classic "The Devil Went Down To Georgia".

Other high spots of Mr Baker's show, comprising a magnificent 37 songs, were a fine interpretation of Snow Patrol's wistful "Chasing Cars", and an excellent performance of Robin Thicke's dance classic "Blurred Lines", complete with an effective rap by Chris.

I cannot wait to see Chris Baker's variety show again, hopefully at the Old Wheatsheaf, who would be crazy not to re-book him.

Thank you for your kind review, I enjoyed mixing it up and taking a different angle to suit the audience!

A big thankyou to Chris Baker for a awesome night of so many different songs from the past. .everyone enjoyed it and this man is a diamond. . he catered for all the requests and my father was over the moon with Chris..would definitely recommend this singer.. awesome voice and a awesome night. .weldone that man...

Many thanks Donna for making me part of your fathers 80th! 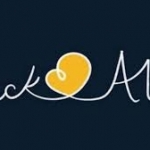 Chris, this was an unexpected fabulous night at Jack and Alice's. Myself, husband and son were right at the front and were blown away by you. What a great crowd you had. Every song you sang was spot on, I sang, danced, laughed and cried the night away, such a fabulous entertainer and we have booked for the next one on 29 October and cannot wait!!! I was on such a high all day on Sunday. Please say Hi to Debbie and we look forward to seeing you both and this are bringing friends :) Many thanks, Karen, Perry and Dominic

Thanks Karen, I have to say that is was an excellent night for me too! Great energy from everybody thanks much!!

My guests and I all thoroughly enjoyed Chris's performance at my sons 30th birthday party. Chris has an extremely wide repitoire enjoyed by my guests who were all ages from children to 85 years old. The majority of the guests were aged 30 - 40. Songs from Les Mis, Rod Stewart (Handbags and glad rags - my favourite), Plan B, Bouble, Neil Diamond - something for everyone and I loved it all. I know that at least two brides to be collected Chris's card. I hope they book him and that I am invited to their wedding as I would love to hear Chris sing again. I would definitely book Chris next time I have a party. He arrived on time, set up without a fuss and was happy to play for extra time when I asked for more. Thank you Chris for contributing to our party. You were great, Donna

It was an absolute pleasure thank you!