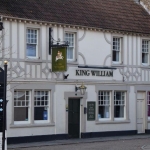 Wow, what a wonderful night it was last night at The King William over at Glasto. The crowd were well impressed that's for sure and were dancing their legs off too. A cracking good night and the sound was spot on, Mike was bashing the skins to perfection as always. Love Robs black and white guitar. Wish we could have spent a bit longer having a natter, but the music made up for it and we were gigging along in our seats. Hope to see you there again soon. Excellent and many thanks to you all.

Thanks for the kind comments guys. It was an awesome night great pub and a fantastic night. Look forward to seeing you again soon. 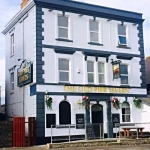 New line up sounds great, Tim has amazing vocal range, even managed to sound like Geddy Lee on the 'Spirit of Radio' number, which is a feat in itself. Glad you still do Suffragette City and Rock'n'Roll. Bar says more Rush, Metallica, Deep Purple and Sabbath etc please, please, please, he's too darn old for some of the set list!!!! Was lovely to see you all, it's been far too long, we'll try harder in future to attend some more gigs. Lots a love from me and Bar xxxxxxx

Great to see you guys, glad you had a good time.

Uffculme's Magelake Pavilion was the setting for this superb Rock 'n' Real Ale Night recently. The evening proved to be a successful fundraiser for Uffculme Christmas Lights, whose committee felt fortunate to secure the services of local rock band Crow Dawn. This reviewer is now a confirmed fan.

From track 1 the audience swiftly realised that this 4-piece can really play. In Tim, as lead singer, they have made an excellent recent acquisition. As well as demonstrating he has a strong range of vocals, he has brought the added advantage of an extra lead guitar, which gives the band a more powerful sound than perhaps they had before.

If you like your guitar heroes in the mould of Jimmy Page, Ritchie Blackmore, Angus Young, Brian May, George Harrison or Dave Gilmour, then no look further than Rob on lead. This guy oozes quality and can deliver some of the aforementioned's best solos with faultless precision. His interactive jaunts out into the audience drew increasing respect, at one point even exiting the building whilst continuing to play.

The band ploughed through well-known favourites from the likes of Led Zeppelin, Deep Purple, Pink Floyd, The Beatles, AC/DC, Muse, Squeeze, Rush, and many others. Interspersed there would be an occasional lesser-known number that would tantalise you into wanting to know more.

With Steve's quality bass playing and Mike's slick handling on the sticks this 4-piece really deliver and this reviewer would wholeheartedly recommend Crow Dawn. But you don't have to take my word for it. The 3-figure audience on the night gave their verdict by encouraging the band to play for four encores! And all this following a marathon two 1.5 hour sets!

If you like top-quality music from the 60s to the present day then I would urge any rock or would-be rock fans to check out Crow Dawn's website for upcoming gigs. - www.crowdawn co. uk.

Thank you Jim for your kind words, we had a great night and can't wait to come back and play for you all again soon. 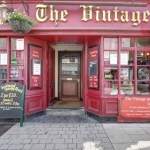 The Vintage, Wellington on Saturday 23 March 2013

Oh My God !!! A Great Rockers Cover Band Fantastic night, kept us up and moving all the time, great choice of songs on the setlist, have you thought about a floyd number at all. We'll be sure to make it to The White Hart in Taunton in May Thanks again for a great evening

Thank you for your kind words Keith, we do play Comfortably Numb by Floyd but dropped it for the night to fit the new songs in. We'll make sure it's back in the set for you at the White Hart.