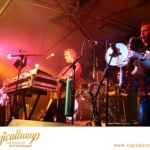 Logicaltramp are beyond a doubt a brilliant, talented, “tribute band”.

You know it almost seems an insult to call them a tribute band because they are legends in their own right.

Really nice bunch of guys, SO talented with a proper love of Supertramp music, which they play with such respect and authenticity.

Seen them a handful of times now, and would go again tomorrow in a heartbeat.

Lovely pub too “ The Dashwood Arms”, sensible, caring landlord with a true love of music, who obviously knows how to run a pub. 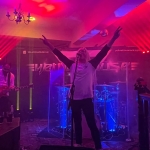 Yellowhouse appeared at my local on Saturday evening, and what a great show.

Now I am a sucker for 12 string acoustic so I am a tad biased.

Loved the random songs that you just don't hear very often if ever.

It was a small but perfectly formed audience (not sure why it was so thin on the ground) but a top, committed and enthusiastic

performance from 4 lads who know their stuff and seem to enjoy playing.

My missus was a little jaded this morning due to the amount of dancing.

Thanks very much for the review Martin. Much appreciated and we hope to see you again at a gig. Sorry we broke your missus!! 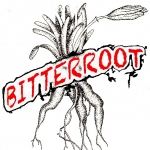 First time we have seen these guys and thought they were amazing. Many thanks for a great evening, will definitely look out for you again.

Thank you Jane & Co. It's brilliant when someone makes the effort to post a review. Look forward to seeing you again. 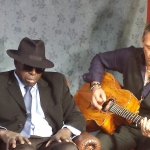 "Saw the Big George band at the Dashwood Arms last night. What a top night out, George prowls the stage like a Bond villain,(in a good way) the awesome talented band that lurk behind George keep the music pumping along. 1st set which goes on longer than it should, because everyone, punters and band alike are enjoying the blues so much, 2nd set where the Caribbean vibe surfaces has reggae at the soul but encompasses so much more. The finale was a passionate cover of Papa was a Rolling Stone which allowed the 2 guitarists to really show off their skills and talents. Still my favourite it the Toots Monkey man. PLAY IT LOUD. Thanks guys." ~ Martin Ball

Thank you very much for those kind words Martin. Hoping to see you again soon! 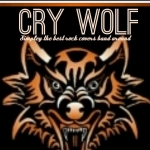 Cry Wolf are a good sized notch up from your average pub band, no up from the better than average pub band. The range of music, the harmonies, especially from the drummer are outstanding. For me it is great to hear songs that are beyond the repertoire of the regular pub bands, they cover the standards (Smoke on the Water, Paranoid....)

but the highlights for me were Runnin With the Devil, Alive and Missing You. A UFO track was a rare treat. We will definitely keep an eye on Lemonrock to make sure we see you again. Thank You.

Good to see that the old Radio 1 DJ Gary Davis has finally found some music taste.