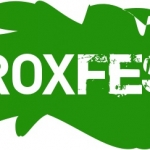 I love Croxfest. It is a great community event. The final band Delorean this year were amazing. A great choice! Posted on Croxfest 2012 website 07/10/22

Hard to choose a favourite band as I enjoyed them all, but I would probably have to say Delorean for their great set list and the fantastic response they got from the crowd. It was a great day, it was wonderful to have Croxfest back after its enforced break. Posted on Croxfest 2022 website 07/10/22

Really excellent day all round! My highlight was definitely Delorean – really great set and the crowd was so up for it – the atmosphere was like a big stadium concert!! I’m now a converted fan! Posted on Croxfest 2022 website 07/09/22

Never been a wedding like this... Private Function on Saturday 29 June 2019

Our wedding was a bit different from the norm, being in a giant tipi in a big field... it had a distinctly "festival" vibe so we wanted a band to match, and DeLorean did not disappoint. Having seen them several times before, we knew they wouldn't.

From the opening bars of "Won't Get Fooled Again" with Sean's distinctive rock n roll scream, to the encore of "Highway to Hell" this was a high energy, high octane, and high decibel gig which had the whole party jumping despite the extreme heat.

A big thank you to all the guys, you made our wedding exactly how we wanted it to be and we have been complimented by almost everyone who attended.

Thank you so much for your kind words guys - it really was a genuine privilege to be a part of your special day, and we look forward to seeing you again real soon!

With great musicianship, fantastic vocals and a high energy set, Delorean are one of the best rock bands on the circuit. I booked them for my function having seen them twice before and they did not disappoint on the night. They had my guests rocking from the off with a well put together set of all of the rock classics including fantastic renditions of van halen's "jump" and the Cult's "she sells sanctuary" and with most of my guests being musicians themselves they certainly impressed with an awesome cover of led Zeppelin's "Kashmir" ! All my guests had an amazing night and Delorean have picked up a few more fans who can't wait to see them when they play later in the year!

Thanks for an amazing night!

Thanks so much for your review Karen!

We had a blast playing for you and your guests, and it was a real privilege to be able to share the evening with you all!