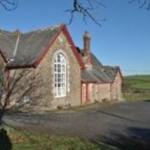 Diving for Pearls return to Sampford Courtenay Village Hall had the locals rocking from the outset. Big M managed to pop another string (an A this time) before the end of Sledgehammer, the first number - showing just how much effort they put into providing a great show! All songs performed with the musical ability and enthusiasm that D4P are becoming known for in the south-west. New numbers since last year include Toto's Rosanna (BRAVE!) and Ian Dury's Hit Me With Your Rhythm Stick which gives bassist Russell a challenge to play and sing (which he rose to admirably). A great evening's entertainment provided by a bunch of friendly guys with a great feel for performing their particular genre of music - their version of Little Feat's Let It Roll a particular favourite and floor filler!! A very enjoyable evening - with touches of pure brilliance!

Second time I've had the good fortune to see them; this time at a nice local gig and they rock with professionalism, humour and commitment to providing their audience with a great evening's music. Their repertoire is not predictable and yet familiar and songs like Little Feat's 'Let it Roll' and Chicago's '25 or 6 to 4' elevate it to another level. Only caution - watch out for Martin's surprising ability to break a string; a G went this time. At least on this occasion there was a friendly guitar tech in the audience to help out! Go and see them, they will not disappoint, even if this may not be your favoured genre of music.