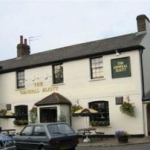 Great night! The General Eliott, Uxbridge on Saturday 12 May 2018

So glad to see a nice packed pub for this awesome band. February gig was good as it was just for me and about three other people but tonight gig was fantastic! Loved the friendly atmosphere of the band which fed into the crowd and the so many encores that I lost count!

Look forward to seeing you again.

Loved it! The General Eliott, Uxbridge on Saturday 10 February 2018

So I thought I would go down to the pub on my own and see & support a band I have not seen before and I was not disappointed...... Love every song and loved the sax guitar combos throughout!

Yeah the pub was empty to a extreme but that could be down to the weather. I bopped my head and tapped my fingers to every beat and vocals and sang throughout.

Please come back when you can, the pub is very busy other nights and you lot deserved a bigger crowd tonight. Oh well, it felt like a personal concert for me ;)

Loved the funk throughout :)

Hi, thanks for the wonderful review. It was a shame the pub was not busier, but we'll be back on 12th May ad I'm sure it will be a great night. Hope to see you then.

Superbly blended band with a varied The General Eliott, Uxbridge on Saturday 9 September 2017

The Last Night of The Proms could be watched later on i-player so down to The General Eliott which has a lively bar and a lovely beer garden beside the Grand Union Canal. Ear Candy are fronted by Ali on vocals with Caroline on saxophone, Sean on lead guitar and vocals, Tony on bass guitar and Roland on percussion. Ali and Sean superbly shared the lead vocals and blended well when backing each other in the varied repertoire of the band which included several numbers that I had not heard them play before.

The first half consisted of fourteen songs commencing with "Real gone kid" by Deacon Blue in which Caroline quickly introduced the audience to her demonstrative saxophone-playing. This was followed by excellent renditions of "This is the life" by Amy MacDonald, "Handle with care" by The Traveling Wilburys, "Never forget you" by The Noisettes, the fullness of the band stood out in "Breakfast at Tiffany's" by Deep Something Blue, "Baker Street" by Gerry Rafferty, "Dancing in the moonlight" by Thin Lizzy, "Mercy" by Duffy, "I don't like reggae" by Bob Marley, delightful bass and lead guitar solos in "Should I stay or should I go" by The Clash, "Price tag" by Jessie J, Roland's rousing percussion finale completed "When you're gone" by Bryan Adams, "Not fair" by Lily Allen and "OIiver's Army" by Elvis Costello.

There were many dancers on the floor during the second half which consisted of seventeen songs beginning with "Don't stop believin'" by Journey, followed by "Valerie" by The Zutons, a wonderful rendition of the Madness instrumental "One step beyond", "You're so vain" by Carly Simon, the dynamic Ali on lead vocal in "Liquid Lunch" by Caro Emerald, "Don't you forget about me" by Billy Idol, "Heart of glass" by Blondie, "Proud Mary" by Creedence Clearwater Revival, a wonderful guitar duet by Sean and Tony in "Ex's and Oh's" by Elle King, "Suspicious minds" by Elvis Presley, "I saw her standing there" by The Beatles, "I'm a believer" by The Monkees, "Rehab" by Amey Winehouse, Tony's fine bass guitar solo in "Superstition" by Stevie Wonder, "She's so lovely" by Scouting for girls and "I feel good" by James Brown before this wonderful gig ended with "Mr.Brightside" by The Killers.

It was already midnight and so it was time to say goodnight to everyone from Bryan Adams to The Zutons until Ear Candy appear next at The General Eliott at 9 pm on Friday 10th. November.

Hi Will, thanks for the kind review. We always have a good night at the General Eliott and this was no exception. We're looking forward to being back in November and seeing you there or at one of our other local gigs. 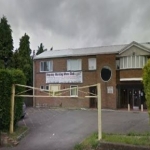 thanks very much for a great evening , will be using you again in the future , and will highly recommend you to anybody , spot on guys thanks regards john mccombe

Thanks very much John. We enjoyed playing for you and look forward to seeing you some time in the new year. 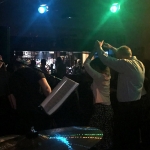