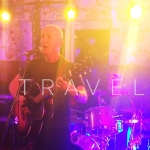 If you haven't seen Time Travellers yet then go! If you have then you'll know what I mean. A great mix of really good original material and some vintage classics with their stamp on them. Phenomenal playing from these seasoned pros. A throughly entertaining night. 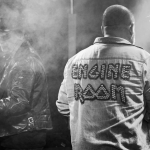 Living in Watchet, I'm always in the club at the weekend for live music and a pint or two! Not seen this band before but they didn't disappoint!

Great choice of songs, old school rock and some more up to date stuff thrown in to the mix. Good job fella's and keep up the good work.

Hope to see you at the club again soon? ( Some queen would be good ) 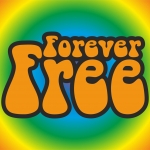 Brilliant night hats off to all you guys for recreating a spectacle from the seventies that I never thought I'd live to see.

Your words really mean a lot!

GrooveCat has come of age in this newly formed Free/Bad Company Tribute Band. There was so much energy, feeling & classic music from FOREVER FREE at The Esplanade Club, Watchet last night. From the moment we walked in, we were treated to track after track of classic songs and it was an absolute joy to hear such a great band doing all the tracks that I still love to listen to at home, but never used to get the chance to hear when out watching performing artistes.

Most cover bands would usually strum along to the musical standard, "All Right Now", without - to be honest - a great deal of passion, but last night, as I stepped through the Esplanade door, I felt like I had just walked into a time-warp straight back into the magical seventies, and - with eyes closed - the excellent guitar riffs & vocals might as well have been from the original Kossoff/Rodgers combination. I am convinced this band is gonna go places: they have the power & the presence required to command any stage at any festival they could ever play at!

If I hold one criticism it's wondering why these stunning musicians aren't making their own music together as well as pouring heart & soul into playing other people's music! In any event, I strongly recommend that anyone reading this should get themselves along to a Forever Free gig to see them for yourselves! Enough Said. 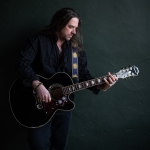 Thanks for a very enjoyable night. A great guitarist and all songs sang with a passion with a very good voice. Nice to hear good own material. Will definitely see Grovecat again

Thank you very much!

I did quite know what to think of The Esplanade Club when I arrived but everyone made me feel very welcome! Thank you & I hope to see you guys soon! Keep On Rockin!😈