We saw Don't Look Now at The Excelsior on Sat & they put on a fantastic show that have everyone up on the dance floor. We innitially thought they were a Ska band from their pic wearing pork pie hats but although they did a couple of Madness numbers, that didn't turn out to be the case which was a bit dissapointing. However they did plenty of feelgood popular well known tracks that were great to dance to & some of their original songs were pretty good too!

Will definately check them out if they come by this way again! 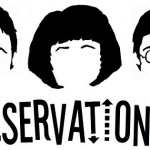 What a night...what a band! Self Preservation Society on Monday 31 December 2018

I saw Self Preservation Society on New Years Eve at The Excelsior Club in Aldershot. The place was packed to the rafters, all eagerly awaiting our night’s entertainment. Boy did the band deliver! They played 3 sets in all, which meant 3 hours of amazing music. They had great energy the entire night, interacted with the audience and created a fantastic atmosphere, which meant the dance floor was packed the whole night long, we didn’t have time to be tired as the band rattled off hit after hit after hit! They have a massive repertoire, sixties classics one and all and they play them with such passion!

What a night! I will definitely be back for more and you should too!

Thanks Sandra - people enjoying what we do makes us so happy. Be sure to come and say hi next time we see you!