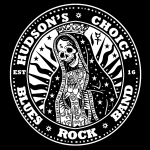 Had Hudsons Choice back for are first gig after Covid restrictions lifted, everyone had a fantastic night, great friendly guys interacts with crowd. already have them book again.

A great band, highly recommended and can't wait to see them again at The Falkners 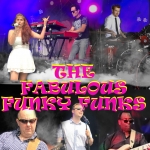 Wow! What a party! Fabulous Funky Funks on Saturday 6 October 2018

Wow! The Fabulous Funky Funks are a new band for us in 2018 and have already established themselves as one of our favourites.

The gig on 6th October was another brilliant party night, with Jody belting out classic funk, soul and pop numbers, backed by amazing musicians who literally had people up on the dance floor from the very first song all the way through to the encores at the end of the night.

A brilliant, brilliant band! FFF have always given their very best, and we look forward to many more great Saturday night parties in the future. Thanks guys!!!

Thank you so much for taking the time to post this lovely review. All the time you want us back at The Falkners we will be there! You keep live music alive and look after your bands amazingly well!

We always have a great time at The Falkners! 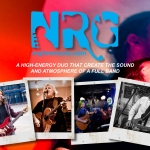 If you are a Classic Rock lover looking for a great night out or are looking for a highly talented, vibrant and dynamic rock band for your pub or party, NRG are a fantastic and a MUST SEE!

When I was first heard that a father and son duo called NRG were a 'must see' band, to be honest my expectations were not that high: surely a duo could not sound as full or be as good as a 4 or 5 piece band and able to keep my interest! I've seen a lot of bands and can honestly say that NRG are STUNNING! What's more, these guys don't use trickery like backing tracks or sound bites to pad out their sound. Right from the 'Get Go' their performance grabbed everyone's attention. The atmosphere was like being at a big name concert and If you close your eyes whilst Graham is playing one of his many guitar solos, you would swear you were listening to the original artist!

NRG nailed every track that they played, with the audience shouting out track names between performances. Pink Floyd's "Wish You Were Here", "Comfortably Numb", "Shine on You Crazy Diamonds" and Dire Straits' "Sultans Of Swing", "Money for Nothing" and "Brothers in Arms" were all just awesome. The crowd then shouted "Maggie" and the talented twosome played a brilliant version of "Maggie May" by The Faces with Graham playing both lead guitar and mandolin. If that wasn't enough then a riotous performance of Chuck Berry's "Johnny B. Goode" saw Graham playing the solo with the guitar behind his head with the crowd lapping up every second of it.

NRG are a tight performing, professional band simply oozing talent that will rock you. If you were to take Mark Knopfler from Dire Straits and blend him with David Gilmour from Pink Floyd and add Keith Richards of the Rolling Stones you would end up with NRG's lead guitarist, Graham Prior. Graham's father Roger plays rhythm guitar and is the main vocalist: he also operates the drum machine with his foot.

So, while on paper - a 'father and son duo' may not look appealing, it's clear that NRG are unlike your regular pub performers, because they simply belong in an altogether different class. Having been suitably impressed, I bothered to find out a bit more about NGR from their website to learn Graham has been invited to, and played with some of the best artists in the world. When you hear them for yourselves, you'll understand why.

NRG definitely are a guaranteed 'MUST SEE' band: they turn a night out into an amazing rock music experience. I can't wait to hear them again!

Very humbled. What a great review. Thanks for taking the time, especially since it's our first LR review ;-)

Really appreciate the comments and the support. It makes it all worth while! :) 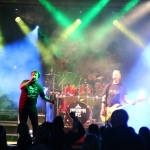 Brillant night with the Heathrow Jets at the Falkners Arms in Fleet, great venue and well up for it crowd, and an excellent and long set by the jets.......great gig guys.....look forward to seeing you next year!

Hi Malcolm - thanks for the feedback and glad to hear you enjoyed the gig. We've booked two dates at the Falkners Arms next year so hope to see you there again!

The Falkners in Fleet really came alive on Saturday evening, buzzing to a marathon two and a half hours of tracks from the Heathrow Jets! What an atmosphere............with many of the locals strutting their stuff in front of the band. Excellent performance guys..........looking forward to seeing you again soon!

Hey Parker, thanks for your review. Glad you enjoyed the gig, and having got the 'thumbs-up' from the manager, we're hoping to be back at The Falkners Arms in 2013! Join us on Facebook to keep in touch. Cheers, Andy.