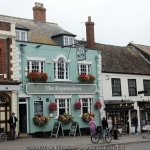 My wife and I turned up at the Ropemakers not quite knowing what to expect. From the first chords played by the Fat Marrows we just knew that we were going to have a great night. The band played a selection of well known blues numbers and some lesser known quirky tracks with great enthusiasm and were certainly enjoying themselves as was their audience. The Fat Marrows are a very professional tight class act and my wife and I really enjoyed our real first night for some time. We intend to return to the Ropemakers later in the year to hear this fantastic mature group of musicians. Many thanks for a superb night.

Thank you so much for that and really pleased you had a good time too.

Look forward to seeing you later in the year. 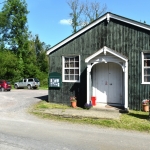 First time I've had the chance of seeing the Fat Marrows and so glad I did. Excellent track line up and great to have a band enjoying themselves as much as the audience. Looking forward to my next chance to enjoy.

Glad you enjoyed, it was a good night and the whole point is for everybody to have a good time. See you this year?