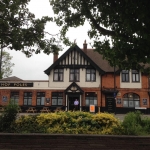 I had read many good reviews about this band but never saw them. Until by chance, (they had a short notice cancellation) they turned up at the 'Hop Poles' What a result !!! They are a brilliant tribute band to the great Dr. Feelgood and with a seal of approval from Wilko Johnson, Sparko and Figure! they deliver real, in ya face Rhythm & Blues. Due to late promotion the venue was not as full as it should have been but I'm pleased to say they are booked to return to the 'Poles' on 14th September when they should get the audience they deserve. I can't wait !!

Thank you Geoff, glad you enjoyed it.

The Feelgood Band @ The Crown, Flitwick 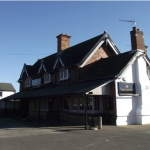 If you are looking to take a step back in time to the Lee/Wilko era of Dr Feelgood then The Feelgood Band have it nailed. From the distinctive vocal styling and harmonica playing to the unique sound and style of guitar the attention to detail to recreate the sound is all there, right down to the vintage amplification! The rhythm section is as tight as the preverbal ducks bottom finishing off an impressive role call of talent from some seriously accomplished musicians. Having said all that the focus is on entertaining the crowd with some wonderful songs and signature moves! The band clearly enjoy what they are doing and their enthusiasm for their passion for Dr Feelgood oozes out of every choppy chord and riff.......and this infects the audience more and more with every song. What more can I say than......."They do it right".......... 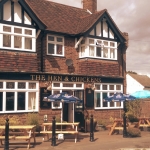 The Feelgood Band?? I'll bet you can guess what sort of music they play! Well, he does an incredible job of playing the Telecaster just like Wilko Johnson! The band are exceptionally close, musically, to the original Feelgood line up, and come highly recommended by yours truly. They are booked to appear at The Flowerpot, Bedford on Jan 30 2016. Get there early, as I reckon they will pack the place out from early doors!

Cheers Rob, feedback of this kind makes us realise we are not the only fans of the original Dr Feelgood sounds. See you in Bedford (if not before)

The Feelgood Band at the Blacksmith's Arms.... What an amazing gig! These four brilliant musicians entertained us with a truly authentic Brit-rock sound, with excellent showmanship and a level of raw energy seldom seen in a pub performance. Special mention for the lead vocalist's harmonica playing and guitar man John doing incredible things with his Telecaster. I kept looking for the second guitarist! The beer was good too.

Thank you, we love this comment "a level of raw energy seldom seen in a pub performance."

A last minute trip to the Blacksmiths Arms proved a thoroughly worthwhile evening, when I watched a very entertaining, polished performance from four accomplished musicians doing a very authentic tribute to Dr Feelgood. John Simpson, my bass player from way back, has succeeded in progressing to an amazing 'Wilco Johnson' lookalike/soundalike - his strutting is very authentic! Vocals and harmonica from the front man, solid bass and energetic drumming from the other guys made it a great evening's entertainment. Will definitely go again - wou.d be good to get the boys to a gig in my area (Hitchin) as they will go down well.

Thanks for coming along, feedback is much appreciated, we keep moving to ensure we are completely worn out by the end of the night, and hopefully the crowd are danced out :-)