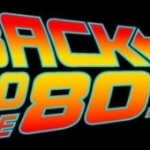 Formed in late 2011 by former Glamrus frontman Kevin Beecroft and joined with former Colonel Hathi and Glamrus bass player Richard Barker, former Big 10 and Glamrus drummer Nigal Driver and guitarist Phil Watts who has been on the music scene for many years having his own recording contract in the 80's as well as penning his own material. Last but not least Kevin Hall on keyboards who also has been in the business a long time working with a string of well known artists. All together they bring years of experience to a well polished band performing up and down the country from pubs, clubs, weddings and cooperate events