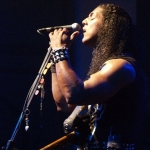 From their Official PRS award, performing for Virgin Atlantic in Barbados, T.V. appearances (BBC 2’s ‘Arena’ amongst others), and to actually being recruited to record and tour by members of the original Thin Lizzy, Limehouse Lizzy have just completed their 26th year with their most explosive show and critically-acclaimed line-up yet.

Despite international tours (UAE, Germany and previously USA, Scandinavia, Caribbean etc.), corporate clients (Mitsubishi, NatWest) and even book appearances (The Rocker, Send In The Clones), they start 2020 with a string European tour dates, in what will be an exhausting year-long schedule. The boys are back!

“entertainment for more than a decade…fantastic live music”

“if you're sceptical about tribute acts, you won't be after seeing Limehouse Lizzy”

"Gig of the week"