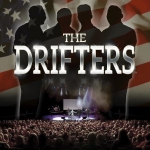 Performing their hits such as Under The Boardwalk, Like Sister & Brother, Up On The Roof, Saturday Night At The Movies, Come On Over To My Place,Save The Last Dance For Me and many more...

The Drifters delivered numerous hits on both sides of the Atlantic that saw them inducted into the 'Rock & Roll Hall of Fame' in 1988. In 1993 The Drifters were requested by the President of the United States of ‎America to perform at the White House. In 2004 The Drifters were ranked at no.81 by 'Rolling Stone Magazine' top 100 'Greatest of All Time'.

1 gig
Exmouth Pavilion, Exmouth : Exmouth Pavilion boasts beautifully maintained landscaped gardens on Exmouth's stunning seafront. With glorious views of golden sand, which stretch all the way to Torbay. There is complete level access throughout the building and grounds. Private parking is adjacent to the venue. The Pavilion is the largest venue in East Devon, capable of holding up to 1,000 people with seating up to 500 in the... (more »)
2183
views
We use cookies to make life easier.
Info »
We use cookies to make life easier.
Info »