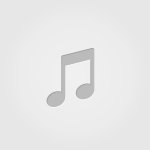 Deeper Purple comprises of a bunch of seasoned professionals from Spain and the UK who, having given up on the idea of being invited to join the great band, decided to get together and form as authentic a tribute as possible!

After all, it takes some doing to encapsulate the music of a band who have been going for over forty years and worked through so many different line ups!Deeper Purple heavily feature the classic MKII line up, quite faithfully reproducing the excellent 'Made in Japan' album as well as other songs from that line up. They also play a wide selection of material from the equally classic MKIII line up!

An illustrious gigging career has seen incarnations of Deeper Purple play the more popular venues across the UK extensively for almost ten years including Metalworks in London, The Elgiva Theatre in Chesham and The Mick Jagger Centre in Dartford and the Harley Davidson Owners Convention. They have also played a number of concerts in Spain, including two concerts for the Harley Davidson Owners Group (HOG) rally in Jerez, a rock festival in Mijas Auditorium and even the castle in Puerto Duquesa!Not only has the band built up a loyal following but also garnered the praise of original Deep Purple bassist Nic Simper, who they were privileged to have guest with them in November 2008. With a blistering set consisting of all the classics and the best reproduction of the Purple live sound you're ever likely to hear, Deeper Purple deliver the ultimate rock experience!