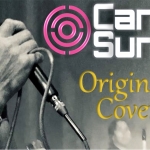 They start off with a pared down sound, very much a wolf in sheep’s clothing, and build through the evening to a full-on band sound, so if you like dancing you’ll be up and at it!

1 gig
Candy Suns : Get dancing or just listen. Candy Suns will deliver. Classic guitar vocal duo with a huge sound. Colin and Dave have played the same stage as De La Soul and Ocean Colour Scene. Colin's versatile career has seen him playing live around the world, signed Virgin & EMI (among others). His adventures have also included a couple of films, playing a West End lead role and fronting UK rock icons 'Praying... (more »)
The Fox Inn, Fox Corner : Well run country pub on the outskirts of Guildford with exposed beams, friendly staff and a great selection of ales, lagers, ciders and wines. Very large garden and lively atmosphere.
We use cookies to make your browsing experience better.
Info »
We use cookies to make your browsing experience better.
Info »