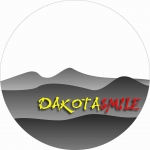 I had the pleasure of watching this band and then sitting in with them at The Glenn Club. Professional, entertaining, with a rocking repertoire, this band is well worth getting along to see when they're playing near you. 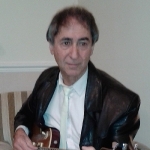 Rocking All Over Watford Roger Kiesa..Solo/Duo on Saturday 9 August 2014

What a night! I was lucky enough to see Roger Kiesa at the Glenn Social Club, Watford on Saturday 9th August 2014 and I really was not disappointed. He is both a talented guy and an accomplished performer.

Roger is a quality singer and guitarist, with a little help from a vocal harmonizer and a rhythm sequencer. No backing tracks here. This is pure voice and fingers flying over the frets. He knows how to use these gadgets to best effect and uses them wisely to enhance the performance and the song.

Selecting a repertoire that suits your ability is very important and Roger entertained the crowd that night with ballads, sing along, pop, country and good rock songs. I always think if the singer does a good job and enjoys his performance, then so will the audience. From the first song he played through to his last, people were singing, dancing, watching and listening to him and everyone was enjoying the evening.

Roger knows too many songs to list here, but in his act this night were well known delights as: "Country Roads" recorded by John Denver, "Hotel California" and "Lyin' Eyes" by The Eagles and Don Mclean's "American Pie". With a surprise song of the evening "Wagonwheel" which is the latest viral sensation on the World Wide Web sung by The Old Crow Medicine Show. I had not come across this song before, but on first hearing, this was a terrific rendition and Roger made it his.

The staff and locals at The Glenn were very welcoming and friendly. It is a terrific venue and a great place for live music. I really enjoyed the evening for many reasons and I was very impressed by the self contained act that entertained for virtually 2 hours without a break. Roger made it look so easy. I will definitely be back to check out their Friday Open Mic night and look forward to seeing Roger entertain in the near future. I would recommend him to events organizers and live music venues. He knows what he is doing and does this well. An absolutely brilliant night and a first class act!