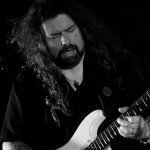 firstly sorry in delay in writing this. Have been following BAD PENNY for a couple of years now and they are fantastic . This was first time we saw Jason solo show and WOW just as good. keep on rocking. thank you x 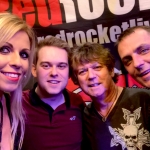 Blast off at the Globe RedRocket on Friday 11 March 2011

First off, let me point out that I'm a gigging musician myself,

so having a night off with a great band playing only a couple of miles away from me, was a match made in heaven.

I had never seen this band before but was not disappointed, enjoying every moment, from the sound check to midway through the second set, when unfortunately I had to leave.

The band produce a great sound with the balance between the instruments spot on and with the music being loud enough to cover my appalling singing, but not to the point that left my ears ringing for hours afterwards, like some bands I have been to see in the past.

RedRocket played the classics, and played them well. For me 'Enter Sandman' and 'Highway to Hell' were my favourites. This was a good gig by a good band and a great time was had by all. If you get a chance to see them, do so. Like me, you won't be disappointed.

Was good to put a face to a name. Thanks for the gig report and all the nice comments about the band. Hope to come and see your band soon. RedrocketMike.