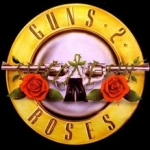 The only GN’R tribute to perform live with 4 different members of Guns N’ Roses. Their ability to emulate classic Guns N Roses has even been approved by members of the original and current lineup of GNR and is also why G2R are the most famous GNR tribute band in the world. Having appeared in national and international magazines, newspaper or television playing live with actual members of Guns N’ Roses on 5 occasions. Guns 2 Roses became a world famous name in a short space of time in the land of Guns N Roses.

They have and still play to thousands throughout the UK, Europe, Middle East and USA from the O2 Academy’s in the UK to all the top venues and festivals worldwide. Guns 2 Roses are the closest also mirror images to the original GNR lineup, with ever changing authentic stage outfits to catch the era and stage performances down to the last detail.

Playing many songs from Appetite For Destruction, GNR Lies, Use Your Illusion I and II, Spaghetti Incident? and even tracks from Chinese Democracy. Guns 2 Roses sometimes even throw in the songs that GNR did live that never made it to an album to keep with the GNR spirit and deliver a different show everytime. Simply put you want Guns N Roses go see Guns 2 Roses. Guaranteed you will see a different show everytime. 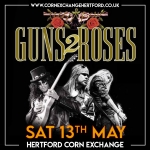 THE Guns and Roses tribute

Previous gigs (17) »
Export gigs as an iCalendar (.ics) file for Apple, Google or Yahoo Calendars.Note: some iCalendar implementations incorrectly cache your calendar. To prevent old calendars showing on other sites or apps, replace the URL in your diary site or app with the URL shown - this URL changes when your calendar content changes, so your feed will always be up to date if you always manually replace the URL.
Export gigs as a CSV file for OpenOffice Calc, Microsoft Excel or other spreadsheet.
We use only essential cookies.
Info »
We use only essential cookies.
Info »