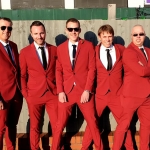 This band are BRILLIANT and extremely talented! They play a fantastic range of rock/pop songs ranging from The Kinks to Lulu to the wonderful Beatles. They created a joyous party atmosphere, they're great to look at and they also engage with their audience. There's a smart line in wisecracks... "This next track is for Prince Andrew". Cue 'Keep On Running' 😆.

The evening ended far too soon although they did oblige with an encore. Can't recommend them highly enough. 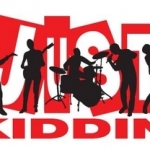 Im a member at this club and we have a band every week. But these boys really knocked spots of the other bands. I never give feedback but felt I should make an effort as they were so good. Everything from old standards, dance stuff and some more unusual stuff like Paul Weller, Eagles and finished off with some great anthems. Also good banter with the crowd. Great band.

Thanks Bob. I'm sure we'll see you again soon.