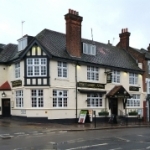 Thanks Airplay or the Haunting whichever name you are going under for an excellent gig at the County Arms last friday. So many highlights Blowin free and Warpigs stand out but me and the mates had a great time from start to finish. 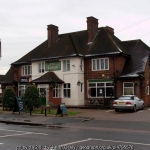 Wednesday 29 May 2013
Reply from The Haunting/Airplay:

thanks for your comment Chris, it was the best night we've had there.

The Haunting/Airplay @ The Sultan, Waltham Abbey

Rock and Roll as it should be The Sultan, Waltham Abbey on Saturday 25 May 2013

After having been to one of The Haunting AD's acoustic gigs, I was curious to see how they would compare when performing as a full band and I have to say I was pleasantly surprised. The band evoked a great vibe, and were a delight to watch.

As per usual, Caroline (vocals) showcased her amazing and unique voice - in songs ranging from Jimi Hendrix to Guns N' Roses with her acoustic guitar and harmonica playing added a fantastic contribution to the band's rock and roll sound.

Demonstrating skill and mastery throughout the set, John (lead guitar), employed a wide range of guitar effects pedals achieving some instantly recognisable effects such as a 'dirty Jimi Hendrix styled tone' and a heavier 'Led Zeppelin' tone much to the appreciation of the audience, while his vocals brought a unique sound to the band complementing Caroline to perfection.

Bass guitarist, Jase, brought a raw energy to the band's performance with a lively stage presence that was infectious! Admirably, his professional attitude and efficient troubleshooting saw a small amp problem quickly overcome to ensure the set flowed smoothly and it has to be said that his competent backing vocals helped produce a fuller sound.

Last, but certainly not least - and keeping the groove with good, solid drumming throughout - Zoltan performed the entire set like a pro, completing the full band line up. Clearly a tight unit on stage the relationship between the band members as 'real' friends as well as band colleagues was very evident.

One stand out for me was a particularly well harmonised version of The Kinks "You Really Got Me" and a well executed cover of The Beatles "Come Together" proved a real crowd-pleaser. In fact, it was hard to find a moment during the gig where someone in the crowd was not singing along to a very well selected and performed set list.

Excellent gig: rock and roll as it should be!

Wednesday 29 May 2013
Reply from The Haunting/Airplay:

Thanks for such a glowing report chris, hope to see you at a gig in the near future, cheers John and the Haunting A D.

This was my first time at Raw in the Room, hosted by The haunting A D. The pub (the Bird in hand) provides a very good room for playing and audience, comfy and friendly atmosphere. A very varied line of acts all doing 2/3 songs each thru the evening and to a pretty decent standard. I ll be going again for sure.

Wednesday 30 January 2013
Reply from The Haunting/Airplay:

thanks liz for your kind words, glad you enjoyed the music,see you at the next one, all the best Caroline

The Haunting/Airplay @ The Queens Arms, Barnet 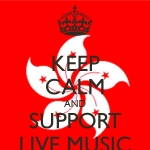 GREAT gig at the Queens Arms last night guys. First time I've seen you, look forward to the next time.

Sunday 25 November 2012
Reply from The Haunting/Airplay:

Thanks Joseph, we aim to please, hope to see you soon John