Heathrow Jets played at our 40th birthday party this weekend - they sounded great and had amazing energy for their whole set. Lots of our guests were on the dance floor from the moment the band started. Great range of songs from our era and beyond. All in all they really added to the atmosphere of the party. Highly recommended. 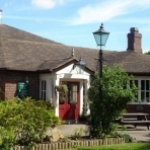 Brillant night with the Heathrow Jets at the Falkners Arms in Fleet, great venue and well up for it crowd, and an excellent and long set by the jets.......great gig guys.....look forward to seeing you next year!

Hi Malcolm - thanks for the feedback and glad to hear you enjoyed the gig. We've booked two dates at the Falkners Arms next year so hope to see you there again!

The Falkners in Fleet really came alive on Saturday evening, buzzing to a marathon two and a half hours of tracks from the Heathrow Jets! What an atmosphere............with many of the locals strutting their stuff in front of the band. Excellent performance guys..........looking forward to seeing you again soon!

Hey Parker, thanks for your review. Glad you enjoyed the gig, and having got the 'thumbs-up' from the manager, we're hoping to be back at The Falkners Arms in 2013! Join us on Facebook to keep in touch. Cheers, Andy.

Classic Night at The Fox on Saturday 10 April 2010

Saw these guys at The Fox in Bisley on Sat 10th April - what a top night. Superb noisy band playing some classics from Green Day, Arctic Monkeys, Kings of Leon, Kaiser Chiefs etc etc. My personal favourites were 'look good on the dancefloor' and 'i predict a riot' - but the whole set was top notch, the band were very tight with a great sound, also very engaging with the audience and new how to put on a very entertaining night ending up with a full dance floor! I will definitely be heading back to see this band guys again soon. So overall Heathrow Jets come thoroughly recommended - definitely worth a trip out next time they are playing.

Hi Pete, thanks for the review and glad you had a great time. Next time you come to see us I'll buy you a pint! HJ.

My wife is still recovering from the shock of seeing me strut my stuff on the dance floor after many years of sitting on the sidelines! But the beat that the Heathrow Jets lay down gets you like that - you just have to get down (or is it get up? - it's been so long). Anyways - right from the opening number they never let up, through a great selection of covers. Over two sets we had more than two hours of familiar faves - Summer of 69, Turning Japanese, Pretty Vacant and loads more (loved the version of 99 Red Balloons, guys). And they looked like they were having just as good a time as their audience. A great night out - don't miss 'em!

Hi Mike, thanks for reviewing the gig and glad to hear you couldn't resist the beat! I hope your wife will be fully recovered in time for you to join us at The Fox in Bisley on the 4th December? HJ.