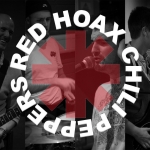 Stumbled upon this band during my work Christmas knees up. Fabulous! Can't say I'm a Chilli Peppers fan but knew loads of the songs and they're great to get up and dance to. Will be keeping an eye out to see when they're in town next. 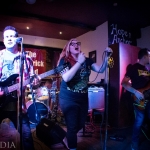 Advert from The Hope & Anchor! The Gas Trick Band on Saturday 23 December 2017

In case you have forgotten what has become our tradition here on the last weekend before Christmas we'll remind you. We have the most incredible, talented, loud, mind blowing band around. Oh yes, The Gas Trick Band are here on Saturday!! We won't sit here telling you about them you should already know and if you don't you should show yourself! It's the pre pre Christmas Eve you've always wanted!! 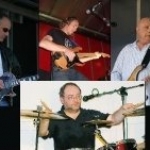 Brilliant as ever! Off The Record on Saturday 28 January 2017

You guys make it look so simple, yet you're uncannily accurate , from Hendrix blues to Floyd's atmospheric sounds, with plenty of modern stuff thrown in. A big thank-you for another great evening!

Friday 10 February 2017
Reply from Off The Record:

Great! Thanks for taking the time to say you enjoyed the gig. Hope to see you again soon! 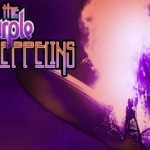 The Purple Zeppelins on Saturday 30 June 2012

Having seen the Purple Zeppelins a number of times I was interested to see how the new singer was settling in....so went up for a listen at the Hope & Anchor, Wokingham, on 30th June. He's not at all bad, shame I couldn't stay too long as I had a 300-mile drive in the early hours on Sunday morning. Linking up with the excellent musical skills of the rest of the band, the singer, Bryn, is going to fit in very well. Nice to have a chat with you, and Dennis, and I'm already looking forwards to your next visit, September I think? Cheers - Paul

Thanks Paul, for your encouraging words.

Hope to see you again in September at The Hope and Anchor.

One of our favourite venues.