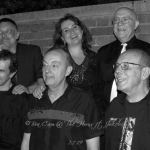 You will be blown away Jukebox on Tuesday 2 July 2019

What can I say about jukebox they are the number one 50s & 60s party band that play music to dance to from the moment they come on stage and open with their first number I'll guarantee you'll be singing The Night Away. Also the music will make you want to get up and Boogie rock and roll Style. Each individual member bring something unique not only are there vocal numbers but there are some stunning instrumentals watch out for two key factors the drummer and the guitarist will shine in several songs. Also they play numbers that other 60s bands will not touch. The lead vocalist has a powerful voice and also have a great way with the audience. I'm glad to calling my friends and proud to be a fan. Jukebox are so going Places so go and catch another venue near you you're not be disappointed. There's nothing more I can say just come to a gig and that will explain everything thanks.

Thank you so much to our biggest fan your dedication is always appreciated. You are special in all ways. See you soon xx

The Razorz @ The Horns, Watford 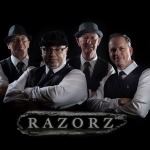 This band was so good. They came with a varied set list that kept everyone happy and up on the dance floor. Really enjoyed their energy, I can tell they are very experienced and love what they do. I’m looking forward to seeing what they bring next time. Real crowd pleasers.

Thank you Jen. We're glad you had a great time at The Horns 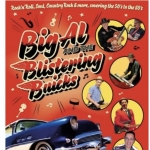 IT'S ONLY ROCKNROLL,but we love it Big Al & The Blistering Buicks on Sunday 28 April 2019

Alan Reed and his Blistering Buicks rocked the Horns in Watford last Sunday afternoon and what a treat it was to be there!

They rock n roll all afternoon and then they kissed you goodnight !

The music and singing was superb throughout and the Horns was packed out for this high energy performance.

gave a great buzz to everyone present. LET IT ROCK as Chuck Berry once said ! and they did ...with loads of great numbers from

Roy Orbison to the Stones and the Clash with a bit of Jerry Lee and Bob Marley thrown in for good measure !

Fun like this ain t normally free !!! I paid £90 to see the Rolling Stones in London last year and this was as good if not better,

Go see for yourself, if you like good music you will love it !

We did, one of the best bands around.

Thursday 2 May 2019
Reply from Big Al & The Blistering Buicks: 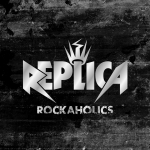 I'm an avid Lemon Rocker, this is where I find the bands I go to see every week! This week I traveled to The Horns, Watford for the first time. It took the wife and I, 1 hour to get there. The pub was good and the people friendly.

Saw Replica Rockaholics in January at the Crown Hotel, Chertsey. I couldn't wait until April when they are next at Chertsey.

This review is more about the band as well as their music. The wife agreed the band was every bit as good as I intimated. she remarked that Tom the singer had a very versatile voice.

The Band! Lead Guitar - Mark, he makes the guitar sing. he produced a beautiful sound playing Guns N' Roses - Sweet Child Of Mine.

Bass Guitar - Rhys, Mr. Bass Fingers - the way he strums the guitar, it resonates around the pub ( quality ).

Drums - Rich, a tight display with incredible dexterity, pace and speed ( he roasted that drum kit).

Lead Vocals - Tom, No matter what the song, he manages to find the depth, range and key to sound like the original. He is able

to capture the essence of Bryan Adams voice, with Summer of 69 - it is not easy!

Some bands spoil there performance with too much banter between songs, losing the momentum. This band belts out number after number with a seamless transition. They also change their set list, very important!

They played 7 songs I have never heard them play before. Bruno Mars - Locked Out of Heaven,The Commitments - Mustang Sally, Elton John - Saturday Nights Alright for Fighting, George Micheal - Faith, Huey Lewis and the News - The Power of Love, Kenny Loggins - Footloose and Scouting For Girls She's So Lovely.( All with great aplomb).

We also heard, Jet - Are you Gonna be my Girl, The Killers - Mr Brightside, Lynyrd Skynyrd - Sweet Home Alabama, The Sufaris - Wipe Out and The Fratellis - Chelsea Dagger. Plus many other songs, the band played their hearts out until 00.30.

What a tight sound they produce, they gel so well together.

The dance floor was heaving and you could cut the atmosphere with a knife. We all wanted them to carry on playing after the encore of Joan Jett's - I Love Rock and Roll. See you at Chertsey in April. Ron ( Geordie).

Wow! Great review. Thanks, Ron. Always a pleasure to see you at one of our gigs. See you at the Crown!

Elena and her band were fabulous at the Horns on Tuesday 5th March and had everyone dancing. A mixture of 50s and 60s classics as well as some real golden oldies, including an Eric Clapton style guitar solo! Get down to their next gig, you won’t be disappointed...

Thank you Vicky hope to see you soon to our gigs!x