They don't come much better than the Huggy Flares. I've never seen so many people on the dance floor at the Crawley Green club and the whole place was rocking to a wonderful mix of soul and disco. Being in a band myself, I unhesitatingly rate their musicianship top notch, the girl singer terrific, audience connection and personality just great. Catch them next time they're in town.

We're blushing - thanks for writing such a nice comment. Always lovely to see packed dancefloor as well! Good music, Lead singer has very good voice and the band had personality.

very enjoyable and my sort of music

Thank you! We're glad you enjoyed it.

I was lucky enough to be at a wedding that Huggy Flares were playing at. There was a full dance floor from the moment they kicked off and that never waned. I am not a great fan of disco music but Huggy's do so much more and just kept on banging out the hits mixing some early 70's numbers through to the present including an excellent version of 'Get Lucky'. The musicians are all very talented and the singer has a quality voice so the sound was high quality and the atmosphere they generated was great. A bit of banter between songs was good and at certain points because this was a private function they invited guests to lead vocals for a few songs which added to the fun. I highly recommend them. Thanks for a great night. Rob Osborne

Thanks for your kind words, Rob.

Huggy Flares Rocked Our Wedding!! Professional, Great Sound, Great Fun... everyone was involved and everyone felt the music suited them. We are so pleased we chose them for our BiG DaY and are looking forward to seeing them in action again soon! Thanks Guys, Love The Brooks'

Many thanks for inviting us to play at your wedding,Hannah - it was a great evening! 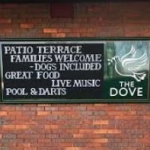 At last I have got to see the Huggies and what a treat. Great playing and great vocals. Anyone looking for a 70s disco style band for their function need look no further. As a fellow musician I can honestly say I was most impressed with the standard of the band and the quality of the sound. Well worth the expensive drinks at that venue!

Thanks very much for your comments - we really enjoyed the evening. Nice to meet you and have a chat at half time as well.