seen this band loads of times, they're sounding better then ever.

some excellent newer tracks like since you been gone and paradise.

the new bass player is phenomena just as rob in the band had told me before they started. Christian sleep has fitted in so well as singer, great stage presence. 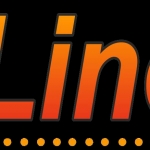 Thanks a lot The LineUp on Saturday 28 January 2017

Thanks a lot for coming along, enjoyed it a lot. You played a great range of songs not just the usual stuff that everyone seems to play, hope to see you again, Mr Brown.

Great, thanks for coming over after the gig and chatting, much appreciated. Good to speak with you and to hear that you enjoyed yourself.