Fantastic night of music, many happy customers and staff. Hope to see you again in 2018.

ps (Thanks for the postcard, proudly displayed behind the bar) See you soon hopefully.

Many thanks, we had a great night too, wonderful stage and set-up which made it easy for us to get going and a fantastically enthusiastic crowd, both staff and customers. A pleasure to play here and we hope to return in 2018. 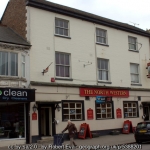 Some great tunes there boys. Some great dancing by the folks of The North Western (too brave for me). Good to hear a couple of songs not normally covered, in particular "You're Gorgeous" and "Ever Fallen in Love". Will try and catch you again soon.

Many thanks, glad you enjoyed it. Please come and say "hello" next time you're in earshot. The 2 songs you mentioned we're both requests originally that have stuck in our set-list, so we're also open to requests ( in advance).

What a cracking night, the band is growing in leaps and bounds. We all love the mix of music from the 60s to today, played and sung in a great professional manner. You are such an easy going band that dealing with you is an absolute pleasure, long may it continue!!

Great to play at the Top Club again. One of our very earliest gigs was here, so they've really supported us as we've grown as a band and always give us a warm welcome. There's definitely a mutual love between Top Club and Indifference, big sloppy kisses all-around! 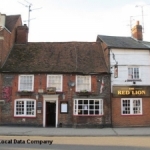 Amazing band! will make sure i see them again, full of energy and they really know how to get the crowd involved, at one point they handed out some blow up guitars...what a laugh! thank you guys!

Always a great venue to play, hope to see you when we return in August if not before. 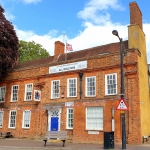 Fantastic gig again guys, really enjoyed the music and seeing people up and dancing. Great to hear the new songs you have added bringing current tracks to the classics you already do. Can't wait for the next gig.

Many thanks, always trying to get people up and moving. Always good to get feedback too, much appreciated.