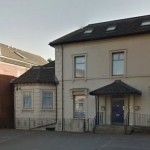 I missed these guys last time they were here, so I wasn't gonna miss it this time. So glad. What a great night, with some great tracks from a great band. Classic rock, glam rock, even good ol' rock n roll, they had it all. Everyone enjoyed " Rock " at it's best. Some of our members tell me they don't like Rock....well that's not what they were saying on Saturday. Roll on August when they are back again. We'll definitely have them back for a few more dates in 2023 too. Superb!!!

Thanks so much for your review!!

We loved playing at your venue and can't wait to return to rock with you guys !!

See you all soon. 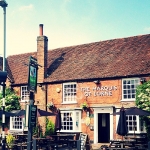 Heard this great band at The Cavern about 18months? ago, great sound and performance on all numbers and material. Happened to end up on this page tonight and listened to a great track to remind myself. Make the effort and go see them.

It's always great and appreciated to hear feedback like this.

Hope you can catch us at one of our upcoming gig.

I've grown up around bands and have a big love for live music, and as an amateur musician myself I'm rather fussy! So trying to find a band for my 40th birthday party wasn't easy. I discovered The Large Portion on a band search website, and hadn't heard them live before. I certainly wasn't disappointed! Communication before my event was great. They arrived on time, had finished setting up when they'd promised to with a very professional looking kit! The dancefloor was rarely empty, every guest (aged 19 to 81) commented on their talent and great choice and range of songs. Brilliant covers, some nifty drum and guitar work and the singing was top notch. I couldn't have wished for a better band! I thoroughly recommend them and look forward to another event I can call on them to play. Thank you guys!

Thank you so much for the applause Kerry, we all had a great time too!! Lovely venue, lovely people. Hope to see you again soon.

This event was our Silver Wedding anniversary party and we booked Large Portion after seeing a gig at one of our local pubs. They made our party even more special than it already was, we choose some songs from their playlist and they chose the rest, all were preformed to the highest level and our guests aged from 21yrs to 60 did not stop dancing for the whole evening. Four days after the party I'm still getting messages saying thanks for a great night and what a fab band. Thanks Large Portion see you at the Lion Brewery soon.

Thank you so much for your comments Jo. We also enjoyed playing at your party and are pleased that it was such a success. Look forward to seeing you both again soon. 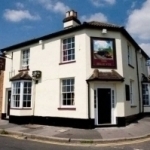 I have just seen the best covers band I have ever seen at the Belle Vue last night, The Large Portion. Not only are they fantastic musicians but have three amazing vocalists who could front any band. I initially went in for a pint but ended up staying all night. Absolutely loved the Tom Petty song. If you only see one band this year go see these guys!

Thanks Mick, We really appreciate your comments.Glad you enjoyed the evening and hope to see you again soon. We are in the process of sorting some more dates in the Belle Vue.