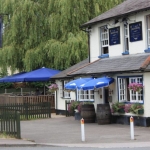 This is the third time I've been to one of your gigs as part of Wokingham Social Group (we're friends of Will Goddard) and you guys just get better and better! Love the range of songs you do and Lee's solo on the drums at the end is just mind blowing! Really enjoyed the guest appearance by the young (and fabulously long haired, red snake skin booted) guy on the electric guitar - sorry I've forgotten your name but hope you join the band again, you were awesome!!! Our Wokingham Social Group often go to live music evenings at The Hope & Anchor pub, Wokingham...... do you have any plans to play there? We've heard quite a few other live bands there, and I may be biased, but they just don't come close to you guys! :o)

Thanks for your kind words, its always great when the Wokingham Social Massive turn up at our gigs, the long haired guitarist in funky boots is our freind Kaleb Rose.

Please if you want to see us playing at the Hope and Anchor please mention to the management down there that they should consider us.

Looking forward to seeing you all at our next gig, keep watching Lemonrock for gig update. 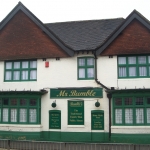 the group were amazing , went there on my hen do made us feel special. music was great for all age generarations. would reccomend u go see them u wont be dissapointed i promise u .

Thank you for your kind words, we had a blast , it was a brilliant gig with amazing crowd, hope to see you at another gig soon , keep an eye on Lemonrock for all public gigs ðŸ˜Š

hi guys, just wanted to say your gig last night was great. The mix of music built an atmosphere that got the place dancing. I got a seat and never sat down. despite having a painful throat each song was played out as much as possible and the audiance was behind you all the way. Gravel added to the rock. u The band wasenergised and knew their stuff. i haven't seen you before but wiill look you up in the future.good luck for the future.

Thank you Ane Marie for your kind words its always great to hear feedback from new friends , Mr Bumble is one of our favourite venues and we always seem to have a great appreciative audience up dancing. Please keep an eye on Lemonrock for future gigs and come and say hello.

Bizarrely, despite being based in the same town and bumping into individual members at Jam Nights and other bands' gigs in local venues, this was the first time that I had been to a Lee Aaron Band gig.

Something of a household name locally, the band take their name from their outstanding drummer, who plays at pro level. With flamboyance in abundance but meted out with rigorous control, Lee's performance was undoubtedly inspirational to any drummers present in the busy Dukes Head audience.

That said, The Lee Aaron Band is not just a one man show and has a line up of very experienced seasoned professionals performing an excellent repertoire of crowd pleasing songs, some of which are refreshingly not the 'pub standards' heard week in, week out. The sound was high quality, well balanced and levels were not uncomfortably loud throughout the evening.

The venue itself has a growing reputation for its friendly approach and relaxed atmosphere and is fast becoming one of the busiest live music venues in the area.

The first set was kicked off with The Beatles' "Back In The USSR", soon followed by Billy Idol's "Rebel Yell" and included Jimi Hendrix's "Fire" and Franz Ferdinand's "Take me Out" amongst others. Throughout the evening I was particularly impressed with the spread of genre-crossing material that was covered right through to James Brown's "I Feel Good" and The Trammps' "Disco Inferno" which certainly had the crowd bouncing and dancing in the remaining limited space. Humourously, 'there's plenty of room at the front!' quipped singer Barry. Actually, there certainly was not!

Both sets also featured some excellent slower and quieter songs to contrast with the up tempo material, including Paul Weller's "You Do Something To Me", Bill Withers' "Ain't No Sunshine" and Duran Duran's "Ordinary World".

Other highlights in their sets included the creative use of guitar synth-effect technology to enhance Van Halen's "Jump" and a lengthy but stunning drum solo during The Who's "Won't Get Fooled Again".

In conclusion, The Lee Aaron Band gave The Dukes Head a great night and I'm sure everyone came away feeling thoroughly entertained, even if the place was a bit packed. The band certainly delivered and I'm looking forward to the next opportunity to catch them again.

Thanks John for your kind words, it certainly means a lot coming from a fellow musician, The Dukes Head is indeed a great venue and the enthusiastic crowd always makes the night special, I know Lee and Barry managed to catch your band the very excellent Cherries the following evening, sadly I was unable to be there but the guys told me you put on a top class show to a very packed Wellington Arms Sandhurst.

I will endeavour to come and see you guys at the first available opportunity. 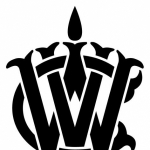 Hey guys great gig on saturday, loved chasing cars Amazing. Wow lee what an exceptionally tallented Guy !! Will defo be down to see you again. (Suzie one of the blondies will get on the dance floor next time not dragged )

Thanks for your kind words, we really enjoy playing Wraysbury Village Club, you lot always make us feel welcome, we would defiantly like to play some more gigs at the club, tell the management that you want to see the band again :)

Keep a look out for us on Lemonrock all our public gigs are listed on here.

Hope to see you soon.