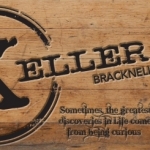 Saturday night saw the Lee Aaron Band at the Coppid Beech Hotel Beer Keller, Sat 28th Feb, Bracknell. What a fantastic band, have never seen them before and just happened to be down there with a couple of muso mates. The place was packed and with only a four piece band on stage I thought they were going to have to work hard. They didn't disappoint, from the opening number to the last they had the audience hooked the whole time playing a bag of mixed covers, from Billy Idol, Queen, Snow Patrol, Kaiser chiefs, Deep Purple and they were brill! Fantastic guitarist totally on the ball, a great front man keeping it all together and a bass player who was totally in tune with the drummer, the drummer was very young and was quite the best I have seen ever! I spoke to the band afterwards and got a card. I will make a point of seeing them again, nice guys as well. Go and see them you will have a great night!

Thanks For your comments, we aim to please, come to our next gig at The rose and Crown Sandhurst and bring friends. The Rose and Crown gigs are always a blast and packed out, the Landlord is Barry and one of the best landlords around he will make you all really welcome

I was down the Bier Keller in Bracknell for a hen night, I was thinking get the food out of the way and then get on to the club to dance. To be honest I don't like Rock music and much prefer to be in the night club, but this band blew me away - they were full on from the beginning to end, the singer really got the audience involved, and it was loud and exciting. I didn't know a lot of the songs they did, but I danced all night, they did a few surprising songs like walking on sunshine and the one that goes "I just wanna dance the night away". I am looking forward to seeing them again, especially the Drummer who could sure hit those drums.

Thanks for your review, It's allways nice if we can turn people on to rock music who would normally just do the dance music thing.

Please come and see us again, all our gigs are listed on Lemonrock or you can check us on www.myspace.com/leeaarondrummer 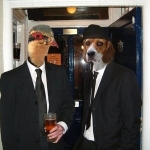 Like the last reviewer I had never been to the Dog & Partridge in my life, although I live less than a mile away. I went on the night that The Lee Aaron Band were playing because a good friend thought that I should check them out.

The atmosphere was good when I walked in, the pub was very busy and as I watched the band set up it did appear to me that they had done this a few times.

There was a kid around 15 or 16 setting up his drums with an amazing attention to detail; I later found out that this was Lee Aaron. When they started their set they involved their audience immediately which was a great treat for me. So often a band will just go through the motions of their set without the slightest mention of the people that come to see them. I think the singer was the dad of Lee Aaron and it was wonderful to see the two generations working so well together. The bass guitarist had a feel for the rest of the band that was refreshing; it seemed that they had played together for years and there was a definite understanding between the four musicians.

The young guitarist, I think, was brilliant and complemented the rest of the band wonderfully. Lee Aaron did not disappoint me - I watched all night in awe. I used to play drums years go so I have a little understanding of what he was doing. He is quite brilliant - his style reminded me of a controlled Keith Moon with the speed of Stuart Copeland. This young man will go far, he is entertaining and has a talent that I believe cannot be taught. For a small 4 piece rock band they ticked every possible box. Their cover of the Kinks' number "You really got me" & the Who's "Wont get fooled again" almost blew me away. I will definitely go to see them again. Why they are not on TV making a name for themselves is beyond me - Jools Holland sit up and take notice! At least in the years to come when people talk about Lee Aaron I can honestly say that I saw it coming!

Word on the street was that there was a new band in town. This was my first visit to The Dog & Partridge in Yateley. I was down to check out the band I had heard so much about. I had heard that this band had a young drummer - 15 or 16 years old. I have been playing drums for 10 years and I have seen plenty of good drummers both young and old so I anticipated seeing a competent drummer with an average pub band.

The pub was full and most of the folk at the venue had come just for this band.

When the band started I was blown away, the whole band was incredibly tight. The young drummer Lee was absolutely amazing: he put me in mind of a young Keith Moon but he had more speed and control.

The band powered through the first set with hot covers of Billy Idol's Rebel Yell, Spin Doctors' Princes, Too Hard to Handle, a brace of Hendrix numbers, and the first set ended with a great singalong with Sweet Home Alabama.

The band were just as they had been described to me: brilliant, entertaining and fun.

The second set opened up with a version of Ain't No Sunshine then Deep Purple's Smoke on the water. They did Ziggy Stardust and I Predict a Riot. Lee did a kicking drum solo in the middle of Won't Get Fooled Again - apparently he is a finalist in the young drummer of the year competition. After what I saw last night I think he will walk it.

This Band are the business I will defiantly be at their next gig. 10 out of 10.

lee aaron rips up a storm The Rose & Crown, Sandhurst on Saturday 19 January 2008

This venue has supported the Lee Aaron band from the start; every time I have seen them play here they just seem to get better and better.

Last night's gig was the first gig under the Rose and Crown's new management. The pub started to fill up by about 8.30pm and by the time the lads kicked off the place was heaving.

The band kicked off with a powerful version of "20th Century Boy" and seamlessly into "Back in the USSR", they powered from one number to another, and paid tribute to Jimi Hendrix with red hot versions of "Foxy Lady" and "Fire" (both played at breakneck speed). Lee's drumming was fast slick and innovative, Caesar's guitar playing was raunchy and his sound was Fat.

The band rocked through the first set and then in a unique twist they turned it on its head by covering the Mavericks' "Dance the Night Away" followed by "Walking on Sunshine" - this combination seemed to delight the crowd and got some dancing going.

The second set kicked off with a brilliant version of "Ain't No Sunshine When She's Gone", singer Barry laid down a real soulful vocal and the song built up to a storming Rock fuelled ending.

The boys kept the hammer down and powered through the likes of "Smoke on the water", "Alright Now", etc. Highlights for me were a ripping cover of Queen's "Tie Your Mother Down" - Caesar's guitar playing was explosive, Lee's drumming was on fire.

Then came "Won't Get Fooled Again", this was Lee's chance to delight with a drum solo and delight he did. The solo built and built, changing from Rock to Latin to Funk to Jazz (this 16 year old is one of the best drummers I have ever seen and I've seen a few in my time).

The lads had everyone standing and dancing as they ripped through Bowie's "Ziggy Stardust" into versions of the Kaiser Chiefs' "Ruby" and "I predict a Riot", the rock went on and on with versions of "Funky Music" and James Brown's "I Feel Good".

A TRULY GREAT NIGHT OUT.

This Band are true entertainers and are a must see.