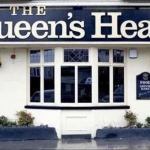 Making His Marky The Queen's Head, Winchmore Hill on Friday 31 May 2019

"I'll come back if he plays here again".

"Is he a friend of yours? Tell him he's absolutely amazing".

These are not my comments but those of three women who attended a birthday party at the Winchmore Hill pub where Marky Dawson was making his debut.

Marky has those rare qualities in an entertainer -- charisma and charm. He wows his audiences with his cheeky manner while demonstrating his enormous musical ability.

And boy can Mr Dawson play a keyboard. All those years of practising, including a lengthy spell at the London College of Music, were well worth the effort.

Marky at work is a joy to watch as he plays piano in a quite flashy style often banging an elbow on the keyboard and playing the equivalent of a bass guitar with his fast-moving left hand.

The musical selection at this cosy North London pub was excellent too starting with the Rocket Man's Your Song and including in a marathon first set Marc Cohn's haunting Walking In Memphis; Bill Withers' voice-stretching Lovely Day and Chris Farlowe's wistful Handbags And Gladrags.

Marky is more than happy to take requests and the birthday girls gave him plenty to work on. Dolly Parton's country classic Jolene and Bonnie Tyler's epic Holding Out For A Hero are not part of his normal set list -- but he handled them both superbly.

After performing Michael Buble's Home he joked with the audience: "It's as if he was in the room. Just a bit shorter and not so good looking".

Other highlights of the first half from this stylish, accomplished performer included Chas and Dave's raucous London Girls and a memorable version of Duffy's Mercy, which Mr Dawson turned into a rock 'n roll number.

The second set was just as good. The most outstanding performance -- and the bravest -- was Marky's rendition of the Queen rock anthem Bohemian Rhapsody. Not bad for one man and his piano.

Marky has a wide vocal range and he showed that to great effect on Billy Joel's catchy Piano Man (adding some effective harmonica) and a fun version of I Wanna Be Like You from The Jungle Book.

Marky Dawson provides a fantastic night of entertainment. This dynamic bundle of musical energy is the perfect crowd-pleaser.

I look forward to seeing him again at the Queens Head -- and I should imagine many of those birthday party girls would agree.

I had the pleasure of watching/listening to Marky at the Fishery Wharf. Amazing performer. Warmed my heart on a cold wet day and has managed to get me in the festive spirit. A lot of foot tapping and singing at our table. Good time had by all. Will definitely go and see him again. 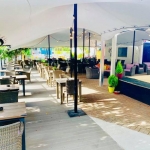 I just love Marky Dawson. I enjoy every time I get to see him. He has such a brilliant voice and can play any requests. I can't wait to see him this coming Friday... And I'm inviting all I know to see this brilliant musician.

I just love Marky Dawson. I enjoy every time I get to see him. He has such a brilliant voice and can play any requests. I can't wait to see him this coming Friday... And I'm inviting all I know to see this brilliant musician. 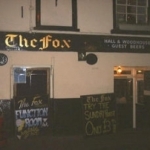 What a talented musician! A fantastic artist. Will definitely look out to be at a future gig. A super evening. Thank you!