That headline was a quote from DAVID BOWIE in Mojo Magazine about Billy RItchie, the keyboard player of MAYHEM, and could easily apply to the band itself. I reviewed them under a previous name, having been hugely impressed by the stunning harmonies and clever use of backing tracks, but I have to say, the new incarnation is even better, with Billy on Keyboards and Carol singing with even more assurance as when I first saw them a few years ago. DAVID BOWIE's comment is seen to be apt, the keyboards adding yet another dimension to what was already a very fine band/duo. Thanks to LEMONROCK, I went to The Arsenal Tavern to catch the band, out of curiosity, especially when I noted the addition of keyboards. What a nice venue, rather a shame that the crowd was relatively quiet for a Saturday night, but they did warm up in the end - more than that, there was whooping and hollering as Carol and Billy sang "Don't Stop me Now" by Queen and "Born to Run" by Bruce Springsteen, among many other fine renditions of popular and very danceable songs, including Carol's stirring version of "Feel like a Woman" and Billy's rousing "Light my Fire" with its stunning organ solo and vocal climax producing a roar from the crowd before the song even ended. I still sense that this band has yet more to offer, some of the material could be considered rather lightweight and perhaps too populist, for such a credible force as MAYHEM are. I look forward to seeing them again, perhaps even at this potentially excellent venue.

Thank you Andrew; we really like The Arsenal Tavern, a great welcome from Sam and the staff, and very friendly customers! Hope to see everyone there again soon. Carol 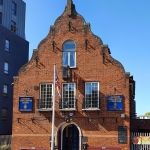 Not Mayhem at all, very together band with great vocals and stand-out keyboardist. Shame it was a bit quiet in the club (has been lately), but great songs and singing. A great Man I feel like a Woman and a rousing Light my Fire.

Thank you for that nice comment, Richard. The people there were really lovely, we had a good time, hope to return and see you all soon. Carol

Lemonrock let me know these guys were appearing at Attimore Hall, not far from my usual haunts. Went there, and though the crowd was surprisingly small, I wasn't disappointed. What a great band!

Many thanks Alex for your generous comments. Carol 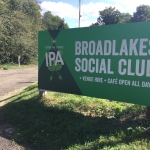 Me and my biker mates often stop in here, gigs vary, but it can be buzzing - this wasn't one of those times; a rainy day meant not many here, which was a real shame. When I saw the band on stage, I thought we were in for a lightweight pop act rather than the Rock we relish - wrong! It really was tough, some of the locals winced and complained about the volume, though it wasn't loud at all. When the guy sung Light my Fire, the place erupted! It was the best Jim Morrison rendition I've heard, great organ, great vocal, what a climax!

Thank you Alex; I know it was a rainy day, and that kept most of your friends away, but we had a lovely time just the same, the people - like you! - who were there made us welcome! Thanks to all of you as well as Shirley and all the lovely staff. What a great venue!

I like to think I know a thing or two about music (don't we all!), or perhaps I'm being a bit smug, having been a music journalist most of my working life. So when my friend, Tim, asked my opinion about a band to have for his business functions, I had no hesitation in recommending WANDERING HANDS. I have only seen the band perform once, at a club in Hertfordshire, but, even with my so-called wide experience, I was taken aback to hear such superior use of harmony and dynamics, unusual in these settings to say the least. Of course, the subtleties of the music went completely unnoticed by the clientele, even though the band was very well-received, on the basis of it's well-chosen set of popular songs with a strong beat. The two voices are excellent in their own right, but taken together, the reward is even greater, a perfect blend of harmony, made all the more interesting by the clever use of the arrangements, which make the backing tracks - self-made by the band - seem to be bent to the will of the singers, not the other way round as is usual with someone singing to a track. Not only the vocals, but the supreme skill of a virtuoso keyboard player - when I later learned about his history, it all made perfect sense to me, someone who was responsible for a whole musical genre was not about to lose his touch. As for Tim, after hearing only the first few songs, he made up his mind to offer the band a residency. And so he should.......

Many thanks for that really nice review, Jack - and for the recommendation! All work gratefully received!