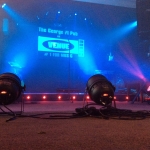 I have followed Mice With Glasses for many years now and I can honestly say they are my most favourite local band. Nobody else quite tops how they get the crowd going every single time. A great mix of songs to get everyone going and not the usual cheese. These guys are genuinely nice people and their gigs are pure fun and upbeat. We have even booked them for our wedding! :-D

Sunday 17 February 2019
MiceWithGlasses @ The Horn at The Half Moon Inn, Bishop's Stortford 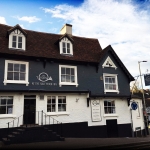 A Night to Remember! The Horn at The Half Moon Inn, Bishop's Stortford on Friday 25 January 2019

For my first Gig of the year (exlcuding seeing the Mice With Glasses on New Year's eve) I decided it had to be The Mice! As ever a great night! Playing all the great tunes! My Partner and I are pretty much the bands groupies! We like them so much they will be playing at our wedding next June!! Can't wait to hear them again! 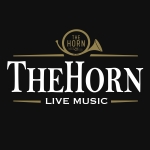 My first gig of 2019 and what a start! I admit that I may have seen Mice with Glasses once or twice before, but they continue to hit the mark on every occasion!

The band were really tight and played a joyous mix of songs; Killers, Feeder, Stereophonics and the Clash to name a few, but also many more that are not on the 'regular' covers setlist.

The Horn really suits their sound and the gig built up to a brilliant crescendo, only interrupted by the regulation short break half way through.

This band creates a great atmosphere and can get any crowd dancing! I'm looking forward to the next gig already!

Great entertaining covers band that play allsorts: indie, rock, pop and punk. You would have to ahte music not to enjoy this band. There setlist if refreshing as it mostly consists of stuff after 1995 with a little old school in. Was good to hear classics like sit down by james and newer stuff like the killers, stereophonics, kings of leon and a little bit pop music that filled the dancefloor like amy winehouse, take that and more. Reccomend these to anyone and would watch again 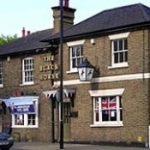 The great thing about MiceWithGlasses is that they are happy to tackle tunes most bands wouldn't dare touch.

The Mice invaded the Black Horse with an unusual but highly enjoyable set list that would have surprised any music fan who had never seen them before.

There were no Johnny B. Goodes, Brown Eyed Girls or Summer Of 69's to be heard here. Instead the Mice squeaked their way through songs like the opener, the Feeling's I Love It When You Call; Green Day's raucous American Idiot and the Kaiser Chiefs' singalong Ruby.

But the Mice are blessed with a great vocalist in Graham Ellis, who can reach notes most singers wouldn't attempt. His performances on the Nina Simone classic "Feelin' Good", Take That's "Shine" and Coldplay's "Yellow" were outstanding.

It was hard to believe too that the band were tackling Plan B's "She Said" for the first time. They were even successful at the rapping part in the middle section.

Highlight of the evening was their terrific rendition of the recent Muse worldwide smash "Uprising". Their spirited interpretation was simply stunning with just a lead, bass and drums.

I could have done without the Black Eyed Peas' "I Gotta Feeling", which kicked off the second half; and Michael Jackson's "Billie Jean" but presumably the Mice hoped to get a few dancers.

Highspot of the second set was a fine performance of the 1991 James' hit "Sit Down" which had the opposite effect on the Black Horse audience.

Bass player Derek (the only one with real glasses) made a more than competent job of Wheatus' "Teenage Dirtbag" with Graham helping out on the high notes. The audience also loved "Monster" which came complete with set moves.

Other acts who were given the MiceWithGlasses treatment included Scouting For Girls, The Killers, The Darkness, Kings Of Leon and dear old Amy Winehouse.

MCW are well worth checking out -- and it's nice to see a band which makes an effort by providing nice lighting effects and even a glittery microphone. No wonder they are finding themselves in big demand.