If you are looking for a vibrant, dynamic rock act for your pub or party, The New Ambassadors are the perfect choice and it's nice to see a band, playing in a pub, who provide their own light show plus lots of dry ice! These five guys, who really pump out the music creating an exciting atmosphere, are fronted by vocalist Ashley Cleaver.

Ash is a real live wire with great stage presence who gives every performance his all. He jumps around the stage encouraging his audiences to sing and dance and, as a unit, The New Ambassadors pound out the rock hits hardly giving you time to breathe. There are few gaps between songs and this creates a great deal of excitement.

The band have the added benefit of twin lead guitarists Johnathan Dawson and Geoff Portwain and they alternate offering some great guitar solos while the tight rhythm section comprises bass player Richard Bradley and drummer Chris McNally, who provide strong support throughout.

Their opening number came as a total surprise with a performance of Coldplay's haunting and highly melodic "Viva La Vida" with all five members providing excellent backing harmonies, after which things got rockier with the Undertones' punk classic "Teenage Kicks"; Lynyrd Skynyrd's driving "Sweet Home Alabama" and U2's pulsating "Vertigo" followed by a fabulous interpretation of Bryan Adams' anthem "Summer Of '69" before ending the first set with Lenny Kravitz's raunchy "Are You Gonna Go My Way."

Kicking off the second half with that famous car TV commercial, Bruno Mars' "Locked Out Of Heaven" The New Ambassadors continued intense, non-stop rocking action throughout for another hour, during which highlights included Bon Jovi's "Livin' On A Prayer" and "You Give Love A Bad Name"; a brilliantly performed version of Journey's "Don't Stop Believin'"; and an enjoyable rendition of A-Ha's "Take On Me".

I could have done without the strobe lighting effects but these guys certainly know how to grab your attention! 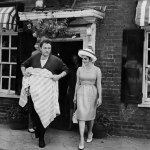 I have seen TNA several times before, and as with this time, I have enjoyed each gig immensely.

The spectrum of songs are brilliant, focusing mainly on rock, but taking some well known pop tunes and adding some much welcome grit!

Geoff and JD on guitar work excellently together and are powered along by a thumping rhythm section of Phil on Drums and Richard on bass. Ashley, the vocalist works the crowd brilliantly, and is never too shy to ensure they keep the energy up.

With an ever evolving set list, I look forward to each show I see to find out what new tunes they have worked on. Particular highlights for me have to be 'The Boys are Back in Town', 'One Vision', 'Living On A Prayer', and 'God Gave Rock 'N' Roll To You'.

In all the times I have seen them, they have always delivered and have never failed to whip up a crowd into the party mood.

I know they have loads of gigs booked for this year already, so and see them immediately!