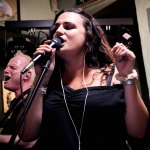 I travelled from down from North Devon to see Blackout City after seeing them by chance a couple of weeks before and I wasnt dissapointed. Will try and catch them now as often as I can. Very professional, amazing sound quality and just the right blend of rock and pop to get people bouncing round the bar and across the dancefloor. A must see band for anyone who loves the 80's

Thanks Ray! Glad you enjoyed the night and great to have you there, see you soon for more rocking! 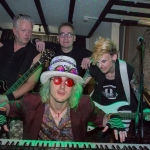 love this band the best! great energy brill fun great for dancing variety of music for everyone love the crazy costumes 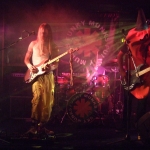 These boys are different class to tribute bands I've seen locally over the past few months. They are true musicians delivering a high energy set worthy of any band worth their salt. Fun, engaging and technically faultless I would recommend them to anyone looking for a fabulous funky night out. Awesome fun. 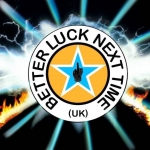 i must say what a brilliant night ! this was a real treat. Great sound ,a nice variety of old classics had the whole pub foot tapping and dancing.

would recommend this band for a good evenings entertainment and the blow up guitars topped off the evening.

Thanks for your comments, we are really glad you had a good night, its great to see people having a good time. see you soon 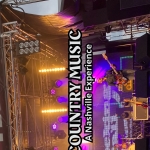 I went to the Park Hotel to watch and listen to Wrecking Ball, a new band and venue for me. Neither disappointed!

The pub had a great family friendly atmosphere in the beer garden, and judging by the way the staff and customers were joking with each other a great pub in general. The beer and food were good, and sensibly priced - thanks, that always helps :).

Wrecking Ball are a band I'd not heard before, but liked the sound of the MP3s on this page. I wasn't sure whether the Country would be all Kenny Rogers and Dolly Parton, I needn't have worried it was Modern Country, far more rocky than I'd expected - that's always a good sign for me. The band covered a wide range of artists from Johnny Cash, John Denver through to Keith Urban and Chris Janson, as well as the ones mentioned below.

With Mick and Nick on vocals you could hear every word, much more important when you don't know the songs yourself. It's hard for me to narrow down the review to just two or three songs. The easiest way is to say I'm going to go to i-tunes for Eric Church and Chris Stapleton. Of these two, new to me, artists I think Creepin' by Eric Church and Parachute by Chris Stapleton were my favourites. Of the covers that I recognised one of my all time favourites was played, and these guys played it well, that was Sweet Home Alabama by Lynyrd Skynyrd.

Thanks for a brilliant afternoon.

Wow thanks for your thoughtful review!

You've hit on the challenge for Wrecking Ball............. the notion that Country is all Kenny, Dolly and Hee Haw. Don't get us wrong, we love traditional country but we realise not everyone does hence our focus on New Country.

We don't need to label. This is just good old bar room and festival music that converts everyone willing to give it a chance. We tip our baseball caps to you sir for doing so.