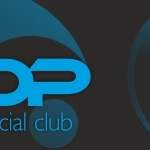 Really good night. Wide range of music. Very friendly. In fact it was one of the best nights we have had and we saw a lot of old faces come to the club for the band. Everyone enjoyed it. Cant wait to rebook. 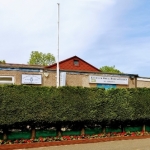 Fantastic night provided by Jeff and the boys a guarantee to get the place rocking with old time reggae.

Book them and you will want them back again.

The reggulators The Horns, Watford on Saturday 12 January 2019

Fantastic night every time we see them!! Keeping the ska alive and kicking. Cheers boys. ??

An Easy Skanking Evening The Horns, Watford on Thursday 16 January 2014

A storming evening of laid back Skanking, left a warm glow suffusing the audience who had come to the Horns in Watford on a nippy January evening to enjoy the Reggulaters' repertoire of old school ska, reggae and rock-steady covers. Those who had arrived alone left at the end of the night feeling they had made new friends among the appreciative crowd of dancers who were kept on their toes all evening by the jazz infused Jamaican tunes played by the six piece band.

A warm, clear rounded sound was produced by a well organised rhythm section of drums, keyboards, bass and guitar, fronted by mellow vocals; and lead breaks from saxophone, lead guitar or keyboards lent a jazzy edge to the whole ska sound.

The audience lapped up the chance to join in with numbers such as '54 56','The Harder they Come', 'Wet Dream', and 'Enjoy Yourself' - which they certainly did. Some songs were given a laid back extended treatment - of particular note was a version of the Wailers' song, 'Simmer Down' which built up to boiling point, simmered down and blew off more steam for the finish.

The audience went home very happy, blood pressure dropped and I was left with the words 'Take it easy, Take it easy, No need to Worry' swimming round my head as a mind worm. Not a bad brain backdrop for the week.

Thursday 23 January 2014
Reply from The Reggulaters: