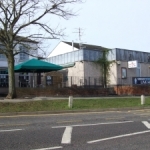 Members £10,Non Members £15. Tickets available from behind the bar. 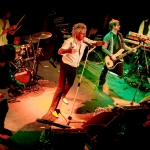 There are other Rod Stewart tribute acts, but none is as convincing as Garry Pease, backed, of course, by his wonderful band.

Garry Pease not only looks like Rod Stewart, he sounds like him too! In an all-action, non-stop tribute show, Garry performs all of the favourites from Rod Stewart’s vast portfolio of songs – everything from the early Faces days through to the Old American Songbook.

Whatever the event, The Rod Stewart Experience will have you singing along and dancing on their feet in no time.

The show has everything you would expect from a real concert – superb showmanship, audience participation and superb songs belted out in exactly the same style as Rod Stewart – in fact, it’s exactly what a Rod Stewart act should be.

You’ll hardly know the difference between Garry and Rod Stewart – and once the party gets going, you won’t even care, you’ll be having such a great time.

Previous gigs (3) »
Export gigs as an iCalendar (.ics) file for Apple, Google or Yahoo Calendars.Note: some iCalendar implementations incorrectly cache your calendar. To prevent old calendars showing on other sites or apps, replace the URL in your diary site or app with the URL shown - this URL changes when your calendar content changes, so your feed will always be up to date if you always manually replace the URL.
Export gigs as a CSV file for OpenOffice Calc, Microsoft Excel or other spreadsheet.
We use only essential cookies.
Info »
We use only essential cookies.
Info »