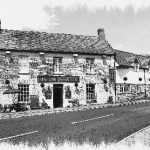 What a performer and a great entertainer - we danced all night!

Wonderful range of music too.

Thanks Lea, I always have a ball at The Pound! I'd love to do another shindig or two for you in 2023!

Thank you so much Ross. It was a brilliant gig yesterday. The audience really connected with you and were begging me to book you again. We most definitely will. The quality of your playing and singing was outstanding and the song choices were perfect for the crowd we had. Thank you again...

Ross has a great rapport with the audience and he creates a relaxed but upbeat atmosphere in the pub. He has an excellent range of material that covers decades past and comes right up to date. His 12 sting guitar has a beautiful tone and sounds full and melodic. He is versatile and able to host an Open Mic night with ease and panache! Definitely a favourite in The White Hart, Chilton Polden. 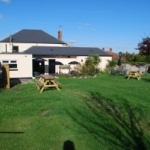 Ross has played at The White Hart on a couple of occasions, once on St George's Day and once to host an Open Mic Night. Ross possesses a great rapport with his audience and creates a relaxed but upbeat atmosphere, is witty and talented and will, during the course of an evening, increase your bar takings, especially if he brings his significant other, Lesley!

He hosted the Open Mic night with skill and panache and put the other musicians at their ease playing along with them for many songs but stepping back when they wanted to fly solo. He performs a wide range of material covering the decades from the 1950's right up to present day, including a great rendition of 'Since You've Been Gone' by Rainbow - not an easy feat for a solo musician!

His 12 string guitar has a beautiful tone and sounds full and melodious. He is hard working and will give any venue their money's worth. We have booked Ross for further gigs at The White Hart as he is a firm favourite amongst the locals and we are very much looking forward to his return. Landlords - take note!