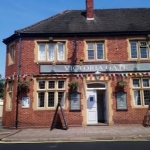 A few surprises in the set list.... The Victoria Gate, Taunton on Saturday 24 August 2019

Wow ! Any band that can make Abba songs hard rocking is ok by me. Probably Taunton's best Pub Rock band and certainly my favourite.

Reply from The Victoria Gate:

Great band that are booked to come back twice this year 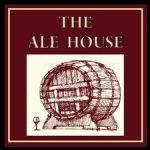 Tune up ,had me hooked The Ale House, Taunton on Saturday 1 June 2019

If a band tunes up to a credence Clearwater track, they have taste and my attention

Great 4 piece band, this lead singer can do the business.

If you like your rockier music , you won’t go wrong watching this folks

So many great Rock Songs The Ale House, Taunton on Friday 12 April 2019

So many great rock songs there is bound to be one of your favourites among them. A great night's entertainment. Thank you Silkstone.