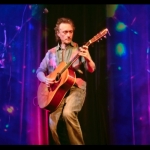 Really pleased to have been invited back to play at the Siren's Calling, great community pub in an amazing location, craft ales, the lot.

I'll be playing roughly half/half covers/originals I expect, as I recall they like to get up and dance there - and the acoustics ain't bad either :-)

South West England-based Guitarist and Singer/Songwriter James Hollingsworth's often visionary songs are refreshingly inventive and accessible, drawn from his Folk-Blues roots, as well as Prog Rock, by turns tranquil and then soaring with "hypnotic groove munching guitar - plus glorious songwriting within" ~The Wunder Bar

"a true exponent of the modern British singer/songwriter" ~ Monmouthshire Music. 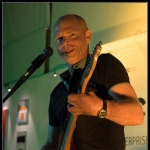 Mike Bess (Pop / Rock / Jazz / Blues, Solo Artist) at The Siren's Calling, Portishead
Previous gigs (6) »
Export gigs as an iCalendar (.ics) file for Apple, Google or Yahoo Calendars.Note: some iCalendar implementations incorrectly cache your calendar. To prevent old calendars showing on other sites or apps, replace the URL in your diary site or app with the URL shown - this URL changes when your calendar content changes, so your feed will always be up to date if you always manually replace the URL.
Export gigs as a CSV file for OpenOffice Calc, Microsoft Excel or other spreadsheet.