(From the dim wits : gig at The Malt Shovel, Bridgwater on 29 February 2008) : We recently saw the Hamsters at Bridgwater Arts Centre and they were brilliant. The guitarist played Hendrix unbelievably and the drummer was simply superb. The tickets cost £15 each, but this was still worth every penny. This said, were they better than Snappa? ... not in a million years and how much are Snappa tickets?... £0. Enough said!

Thank you guys you are so kind but if it wasn't for the Hamsters we wouldn't be where we are now! And it's not the first time we have been called CHEAP! ;-) 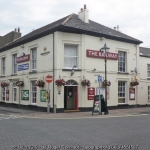 Two out of three The Railway Inn, Burnham-on-Sea on Saturday 8 December 2007

A packed Railway Inn (4 miles from the nearest station as I found out the last time Snappa played here!) gave the band the kind of support they deserve and they certainly rose to the occasion. Bob Dylan, Van Morrison, The Monkees, Simon and Garfunkel, Kaiser Chiefs, The Beatles, Hendrix, T Rex, Greenday, The Who, Billy Idol and many more come alive as Snappa apply their characteristic magic to some classic tracks. Talented, modest and two out of the three old enough to use aftershave. See the New Year in at The Hairy Dog, Minehead, on New Years Eve with three local heros. Thanks for the free music boys.

Thank you Ned for your kind words and support over the last year or so. as Tina do da would say... You're simply the best!

Much love and good night. 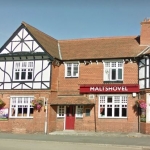 A great venue, a landlord who appreciates this superb band and a guest appearance from Johnny Cash all helped to make this a very special gig. A packed bar saw Snappa at their best, three extremely talented musicians who enjoy what they do. Four encores and a free CD rounded off the evening perfectly. Still no Killers or Genesis! Perhaps on New Years eve in Minehead.

Thank you Mr Dundee for your kind words, we hope you enjoy the CD and hope to see you and your lovely wife sometime soon at one of our gigs!

Quite an experience, watching Snappa and remaining sober! A great crowd turned up at this, possibly the best venue they play at. The sound and the atmosphere were absolutely unbelievable. We eventually managed to get Boy George off the big screen and the stage lights dimmed to provide the perfect setting for one of the best gigs we've been to. The landlady is the ideal host, encouraging everyone to have the best time. Some of the dancing was unorthodox, particularly from one or two of the younger crowd. Whatever happened to simply jumping up and down in the mosh pit? I still await the Killers track that was promised several weeks ago! A chat with Norm makes me think I have a long wait. Possibly more chance of Genesis! Thanks again lads and enjoy your break.

The best covers band around. See them once and you'll want more. Each of the band are superb musicians and deserve more than the pirates, one drunken Welshman and Claire who turned up this evening. They play a lot of music I would never normally listen to, but put their own very personal touch to every song they perform.