Soul Rites played for my 50th birthday party. They were incredibly professional in the lead up to the event, making arrangements and helping with the setting up. The evening itself was a huge success. The band had people, of all ages, dancing from virtually the start of the set. The set list was brilliant, and everybody who attended the party said what a fantastic time they had had, and were full of praise for the band. The party was everything that I had hoped for and that was mainly due to Soul Rites and their fantastic music. I can't recommend them highly enough.

Thanks Jo, it was a pleasure and a lovely venue. Great to see everyone enjoying themselves, so hopefully they will remember your evening for a long time to come. 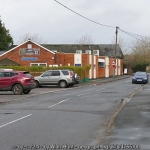 A big thank you to you and the rest of the band for another excellent performance last night. It is a wonderful spectacle to see ten fine musicians lined up on our stage and your overall sound is terrific.

Always a pleasure to play at such a friendly club and well done to all the dancers that packed the dance floor from beginning to end.

Soul Rites lived up to their promise of packing the dance floor ! They had a great sound and energy and were lovely people to boot !

Thank you Lisa, it was a long day but hopefully worthwhile with plenty of funds raised for the refurbishment work.

Soul Rites lit up my 60th Birthday Party at the Queens Stand, Epsom Racecourse, and really 'wowed' my guests with their lively and engaging sound and terrific range of numbers, such that we could literally have danced all night!!

Thanks James, it was a pleasure to play for you and your guests.