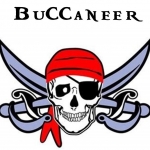 What a New Years Eve party we had with this absolutely fantastic band that played great songs from across the music spectrum & generations.

Lots of well known song choices that we’ve not heard other bands play, so our 120 strong members & guests that evening made sure we knew they want to hear this band again & again.

Looking forward to booking them again this year

Thank you for allowing Buccaneer to play for you all through New Year's Eve and into the early hours of 2023! It was a great gig with literally everyone (including the bar staff!) up dancing and having a good time! That is a tribute to your management of the Club and its lovely members.

We look forward to playing for you again this year, as we continue to add more songs which everyone knows but few bands seem to play. 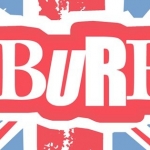 We have seen this band on a number of occasions and love their performances and playlist, I recommend them to all my family, friends and workmates. This gig was on my wife's birthday and she wanted to go away somewhere nice to celebrate...but Surburbia were playing locally so they won.

We took some friends along and they have all been converted to suburbians..

Rob plays a mean guitar when not breaking his thumbs and his Jam and Weller songs are a personal highlight as is their cover of alternative ulster which I actually prefer to the still little fingers version....

if this band is playing anywhere near you do yourself a favour and go see them... mark ob

Thanks for the review Mark, high praise indeed.....hope to see you at another gig soon. 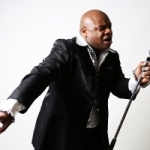 Follow the soul man we have seen him many times at the other conservative club in stockfold and been welcomed in .You advertise as free entry but when we turned up they said we need tickets and wouldn't accept payment on the door in .cash their attitude was awful and the jobsworth inside was rude also saying they was full up.not full at all ! 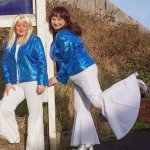 I rarely get to see the bands that I book but on this occasion I was pleased to get the opportunity. I arrived at the club around 9pm to find that every seat in the house was taken and that the band had already started. Almost ABBA certainly pack 'em in.The set list was exciting with all the big ABBA hits,i didn't realise that they had so many,my personal favourites being Chiquititta and Fernando. The costumes were great and the light show was not short of spectacular and gave off a real cabaret effect.It was plain to see that here was a band that go the extra yard to perfect their performance and ensure the audience have a fulfilling experience. A big up to their talent especially Agnetha and Anni whose voices were shrill,combined beautifully and were pleasing to the ear. This band is a MUST for any occasion and I will definitely be booking them again. Terry Entertainments Stotfold nights out 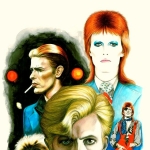 Hi Guys Just to say a big thank you for a super show last night. You were Faaantaaastick!!! and would be well suited to a much bigger venue. Top!Top! act. If anyone wants a recommendation send em to me. Will deffo be rebooking for next year. Best Terry Stotfold nights out.